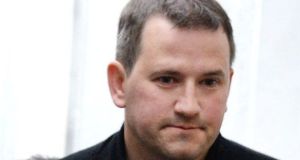 Upwards of 2,000 investigations into online child abuse could be delayed as a result of the Supreme Court’s decision to refer the Graham Dwyer data retention case to Europe.

The eventual ruling could also be fatal to several hundred active prosecutions which rely on mobile phone data similar to that used to convict Dwyer of the murder of social care worker Elaine O’Hara in 2015.

However, the court said any finding of invalidity would not be retroactive, suggesting it would not aid Dwyer’s ongoing appeal or lead to the overturning of successful convictions in other cases which relied on mobile phone data.

On legal advice, gardaí have already paused some 800 investigations into possession and distribution of online child abuse material since the High Court upheld Dwyer’s challenge to the mobile data retention system in December 2018.

These investigations remain on hold pending the Supreme Court’s final ruling which can only be issued once the Court of Justice of the European Union (CJEU) delivers its ruling.

Assuming it accepts the referral from the Supreme Court, it can take up to two years for the CJEU to deliver a ruling. The Supreme Court will then have to consider it before making its own determination, meaning the total number of delayed investigations could easily exceed 2,000. There is some prospect of the CJEU hearing the matter sooner. Chief Justice Frank Clarke has requested the case be expedited. But even fast-track cases can take six months to progress through the European court. And afterwards, legislation may be required.

The delays are being most keenly felt by the Garda Online Child Exploitation Unit but an unknown number of investigations into other serious offences, including organised crime and terrorism, have also been affected.

Garda lawyers have advised officers that any mobile evidence gleaned from warrants for access to mobile data would be open to challenge due to the Dwyer ruling. As a result, chief superintendents have been advised not to grant such warrants.

A Garda spokesman said yesterday it is evaluating the decision.

A senior Garda source described the referral as among the worst possible outcomes for active online child abuse investigations as it provided little legal clarity and means the delays will continue.

Child abuse investigators are extremely keen to find a workaround to the problem, with some expressing hope the Government’s Communications (Data Retention and Disclosure) Bill, which is in the drafting stages, will provide legal clarity.

In its 2018 ruling, the High Court ruled that general and indiscriminate retention of data without any prior review by a court or independent body is a breach of the right to privacy.

At issue was the practice of allowing a chief superintendent to issue warrants for access to mobile data rather than a district court judge.

Referring the case to the CJEU yesterday, the Chief Justice said “particularly robust” systems must be in place to oversee access to personal data. The current Irish access system does not meet that standard, he said.

During its arguments before the Supreme Court late last year, the State said the consequences of not having access to retained data for the investigation and prosecution of serious crime, including child sexual abuse, are “stark” and there was “no alternative” to accessing retained data.

The State knew the current system was in breach as far back as 2014, digital rights expert and UCD associate professor of law TJ McIntyre told The Irish Times. That it has failed to pass amending legislation in the interval is “unconscionable”.

Mr McIntyre called for new legislation to be introduced “as a matter of utmost urgency”.

1 Twitter accuses Trump of ‘glorifying violence’ after Minnesota ‘shooting’ tweet
2 Coronavirus: HSE experts support the early reopening of schools
3 Garda to operate scaled down Covid operation for June bank holiday
4 Quarantine may be lifted for arrivals into Ireland from countries with low Covid-19 cases
5 What exactly will happen in phase two of easing restrictions?
Real news has value SUBSCRIBE