Drugs worth over €1.8 million seized in Dublin and Clare

Customs officers seize €1.2 worth of ecstasy while gardaí discover €680,000 of cannabis 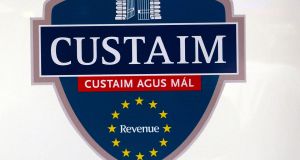 Over €1.8 million worth of drugs were seized in separate hauls in Dublin and Clare on Friday.

Customs officers seized some 120,000 ecstasy tablets with an estimated street value of €1.2 million in Dublin.

Revenue said the seizure was part of an intelligence-led operation involving its Customs Service and the Garda National Drugs Unit.

“The ecstasy tablets which originated from Belgium were impressed with a ’Superman’ logo and have an estimated street value of €1.2 million,” Revenue said in a statement.

It said, however, that no further details could be provided for “operational reasons”.

Separately, gardaí in Clare and Limerick searched a house in Kilkee, Co Clare on Friday as part of an ongoing investigation into the illegal sale and supply of controlled substances in both counties.

They discovered 34kg of cannabis herb with an estimated value of €680,000, pending analysis.

A 24-year-old man was arrested and is currently detained at Kilrush Garda station under section 2 of the Criminal Justice (Drug Trafficking) Act 1996.

A Garda spokesman said such operations used advanced analytical and intelligence methods “to disrupt criminals and dismantle their networks”.

“Drug seizures play a critical role in targeting the livelihood of criminals and reducing their ability to carry out illegal activities.

“Drug seizures also help protect communities from the devastating impact of drugs and the associated criminality.”