Incoming commissioner could extend foreign secondment opportunity to others 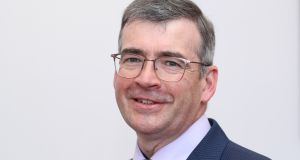 An interesting nugget in the policing record of incoming Garda Commissioner Drew Harris is that he took time away from the PSNI to serve in Scotland for two years.

There is no similar international secondment scheme available in the Garda. Gardaí can work with the PSNI for a period, but nowhere else, but the take up of this option has been modest.

It is more than a decade and a half since the PSNI deputy chief constable Mr Harris served in Scotland.

If Mr Harris wanted to make a refreshing impact, and win friends in the force, an international secondment programme would be an excellent place to start.

In 2007, an advisory group on Garda management and leadership made a raft of recommendations, including secondments to other police forces.

These recommendations were ignored but in the North the PSNI embraced the same idea, with Mr Harris one of the beneficiaries. Were the notion revisited, it would help open up and strengthen An Garda Síochána.

The fight against organised crime, for example, is a truly transnational effort. The Kinahan gang has necessitated the Garda developing close relationships with police forces in Spain, the UK, Dubai and elsewhere.

Every firearm in the State comes from abroad. As do mostly all of the drugs sold on the streets here. Irish criminals are basing themselves abroad, where any assets they accumulate are out of the reach of the Criminal Assets Bureau.

All medium to large Irish crime gangs have personnel in foreign countries, making contacts and doing deals. And the Garda needs to do the same.

Spain is now a base for a generation of Irish gangland figures who are living large due to flooding drugs into Ireland and taking money out.

Some gardaí should be based over there, and some of the other force’s officers should be here – building relationships and helping each other’s investigations rather than simply sharing information.

The failure to put those arrangements in place down the years has handed a massive advantage to gangland criminals.

There is also much the Garda can learn abroad in areas such as cybercrime, frauds and the distribution child sex abuse imagery online.

Immersing as many Garda members as possible into other police cultures for two-year periods would make Irish policing stronger and more progressive.

It would enable gardaí to see how the job is done elsewhere. It would act as an incentive and reward to those interested in progressing up the ranks. It would also allow the Garda to cherrypick best practice from overseas for bringing back to the State.