Covid-19 laws: What can gardaí enforce and what penalties can be given?

Those found organising a party or gathering could face a fine of up to €1,000 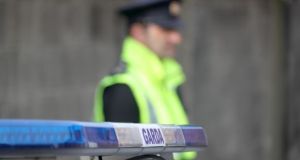 Government has said that it intends to enact the new law ‘as soon as possible.’ Photograph: Colin Keegan/Collins

How will gardaí go about shutting down house parties and what are the penalties?

Under new legislation agreed by the Cabinet on Tuesday night, gardaí will be empowered to arrive at a property and direct that any gathering in breach of public health guidelines be stopped.

Under the new law it will be presumed, unless it can be proven otherwise, that the owner or occupier of the property is the person who organised that event.

What could such aggravating circumstances be?

In deciding on a penalty, the court could look at the number of persons attending that event, the degree of danger to public health that was caused and the extent to which the person guilty of the offence refused to comply with requests or directions from gardaí.

What about other people in or around the house party?

If gardaí believe a person intends to go into a house party or gathering, they can direct that person to leave immediately. Those who don’t comply with directions from gardai could face a fine of up to €1,000 or one month imprisonment, or both.

Do I have to give gardaí my details?

Gardaí will be empowered to go to the main entrance of the house and ask for the name of the owner. Again, those who don’t comply with directions from gardaí could face a fine of up to €1,000 or one month imprisonment, or both.

What will the penalty be for breaking the 5km travel restriction?

People who breach other aspects of the six-week lockdown, such as the 5km travel restriction, face on the spot fines. The maximum fine will be €500 but it is likely that the starting fine could be much lower, potentially €60, although this detail has yet to be agreed and does not feature in the legislation.

What will the penalty be for not wearing a face covering?

It is likely that the same on the spot fines will apply to those who do not wear a mask on public transport or in a retail settings. A tiered system of fines will be set out shortly in new regulations.

When will these laws actually come into force?

In a statement, the Government has said that it intends to enact the new law “as soon as possible.” At this moment in time, it appears that it will be the end of next week at the earliest before the meaures are signed into law. But this does not mean there are no penalties for breaking restrictions.

Already there are sanctions of up to €2,500 and/or six months imprisonment under the 1947 Health Act for those who, for example, do not wear a mask while on public transport.