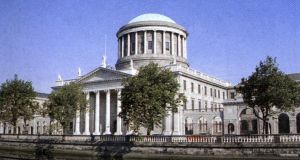 Rita O’Neill, on behalf of residents of the nearby Glenhill estate and Premier Square apartments, had challenged the November 2019 permission granted by An Bord Pleanála to Ruirside Developments Ltd

A local resident has won a High Court order overturning permission for a controversial development of 245 apartments and a childcare facility on part of the former Premier Dairies site in Dublin.

The proposed height was “significantly in excess” of what was permitted under any previous development proposed for the same site, and height was a “consistent theme” in objections put before the board to the development, he noted. Ms O’Neill, on behalf of residents of the nearby Glenhill estate and Premier Square apartments, had challenged the November 2019 permission granted by An Bord Pleanála to Ruirside Developments Ltd for the development on a vacant brownfield site of some 1.23 hectares in Finglas.

Ms O’Neill said the Glenhill housing estate, comprising two-storey houses with gardens, is north-east of the development site and her concerns included those properties will be overlooked by the proposed development and that residents will not be able to enjoy any part of their open space.

In court documents, Ms O’Neill said she was representing herself and some 120 objectors who are concerned they will be materially affected by the proposed development.

In a judgment delivered electronically on Wednesday, Mr Justice McDonald concluded Ms O’Neill was entitled to an order quashing the permission. Because the proposed development was classified a strategic housing development, it bypassed the normal route for planning permission in that permission was sought directly from the board.

The judge found the proposed development materially contravenes the Dublin City Development Plan 2016-2022 in that its height exceeds the maximum height of 16 metres permissible under that plan.

He rejected arguments by the board and Ruirside that material before the court showed that ministerial guidelines allowing for re-examination of height limits on a site-specific contextual basis applied to the proposed development so as to permit the board to grant permission notwithstanding the material contravention of the development plan.

Ms O’Neill was also entitled to a declaration that the board had failed to state its main reasons and considerations for materially contravening the development plan and, therefore, acted contrary to the requirements of section 10.3 of the Planning and Development (Housing) and Residential Tenancies Act 2016, he said.

The board’s order incorporating its permission decision did not record reasons explaining why the board had decided not to follow its inspector’s recommendation that some floors be omitted from the proposed development, he noted.

Those omissions would have meant reducing the heights of block one and block two to a maximum of 6/8 storeys and 7/8 storeys respectively. The inspector had concluded the proposed height of 9/10 storeys, particularly of block two, would “have an overbearing impact and would be visually obtrusive when viewed from the dwellings along Glenhill Road”.

Despite that finding, no justification was subsequently offered, either by the inspector or the board, as to why the proposed development can be said to make a “positive contribution” to the urban neighbourhood, the judge noted. There may well be satisfactory answers to this and other issues, but the answer is not apparent from either the inspector’s report or from the board’s direction and decision, he said.

In other findings, he ruled Ms O’Neill was not entitled to various reliefs sought against Ruirside and Dublin City Council, including a declaration they had not complied with European Commission regulations concerning the management of flood risks, he held.

The proceedings have been adjourned to allow the sides to consider the judgment and make submissions concerning final orders.

Ireland ready to answer ET’s call 05:30
Keeping well at work during a pandemic 05:00
Graduate programmes: social networks and embracing informal learning 05:00
Shelbourne Hotel statues to be restored to their plinths 02:46
‘Twindemic’ may be averted as Covid measures dampen flu threat 02:30