Judge to consider if FAI documents are legally privileged 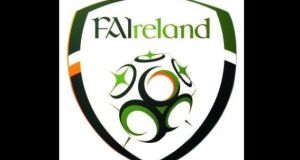 The FAI claims the material, including advice received from its interim CEO Rea Walshe, a qualified solicitor described as the FAI’s internal legal advisor, is privileged

A High Court judge is to consider whether certain information contained in 10 documents given by the FAI to the Office of Director of Corporate Enforcement is covered by legal privilege.

The FAI claims the material, including advice received from its interim CEO Rea Walshe, a qualified solicitor described as the FAI’s internal legal advisor, is privileged.

The material is contained in minutes of several meetings of the association’s board of management held between February 2016 and March 2019.

The items include advice received from Ms Walshe in February 2016 over an agreement with a prospective sponsor, and in November that year concerning the FAI’s potential liability in possible and ongoing legal actions against it.

It also includes advice received regarding an internal investigation and the rights of affected parties to bring appeals to the Court of Arbitration for Sport in June 2017.

Privilege is also claimed over advice received in February 2018 over a strategy to meet a potential injunction by a third party and concerning a complaint regarding a member organisation in April 2018.

The FAI further claims privilege over material put before board meetings in February and March 2019 from Ms Walshe concerning its litigation strategy in a matter before CAS, and over an entitlement of a third party to evidence relating to a matter under investigation by the association.

Ms Justice Leonie Reynolds, who will determine if the material is legally privileged or not, was on Thursday provided with the documents.

An issue about which the judge has sought clarification is whether Ms Walshe can be considered as the association’s internal legal advisor.

This is because of the number of different titles Ms Walshe has held with the association, including company secretary since she was appointed as the FAI’s head of Legal and Licensing in 2014.

The FAI, represented by Shane Murphy SC, said, despite holding the different roles and the nomenclature involved, Ms Walshe has worked principally as a legal advisor to the association and provided legal advice to it on a range of issues.

The ODCE, represented by Elva Duffy BL, said there is insufficient evidence before the court that Ms Walshe was qualified to give legal advice to the association at the relevant meetings given her different titles with the FAI.

The judge, who said the issue could be a “red herring”, asked if Ms Walsh continued to be the FAI’s legal advisor after she became company secretary, or if another person had taken up that role.

She has adjourned the matter to Tuesday to allow the sides to make further submissions.

The ODCE application, made under the 2014 Companies Act against the FAI, comes as part of its investigation into “certain matters” concerning the association.

The material was provided by the FAI to the ODCE last week.

The FAI says it is claiming privilege over limited passages of the documents in order to protect its position against third parties and not the ODCE.

On April 19th, the ODCE issued a notification requiring the FAI to hand over copies of books and documents.

The documents include the minutes of all meetings of the FAI Board of Directors and Committees of the board for the period January 1st 2016 to March 21st 2019 inclusive.

On May 1st the FAI produced the required documentation, as well as the material the FAI claims is legally privileged. The integrity of that material has been maintained.