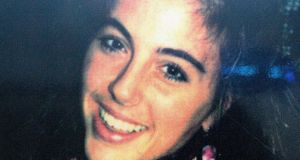 The case of Teri Schiavo involved a long battle in the US courts. Photograph: Getty Images

A High Court judge is expected to decide soon if a severely brain-injured young man, who has been on ventilator support for four years and has a very poor prognosis, can be allowed to die.

The man is in his thirties. His treating doctors believe that if his condition continues to deteriorate, further intervention would be futile and will only add to his suffering.

His parents believe he can communicate with them and have signalled they may oppose the HSE’s attempt for court orders allowing doctors not to resuscitate him in the event of further deterioration.

The man was made a ward of court last July, which means the decision on whether doctors will make the final decision about his future treatment rests with the president of the High Court, Mr Justice Peter Kelly. By court order, nothing may be published that is likely to identify the man.

Due for hearing on October 10th, the case is not about a “right to die” but whether there is a right to withhold treatment considered by treating doctors as futile and not in a patient’s best interests.

The parents are separately suing the HSE alleging that medical negligence caused their son’s injuries.

The HSE application involves complex medical, ethical and legal issues concerning patient autonomy, quality of life and the value of intellect and cognition over other attributes of human existence. The obligation on doctors to promote good and do no harm and the concept of “futility” in relation to medical treatment and resources are also involved.

Such cases are rare but are not unknown to the courts here or internationally.

The rights to privacy and personal autonomy conferred a right to refuse medical treatment, even where this would lead to death, the court ruled. It drew a distinction between positive steps to end life and allowing nature to take its course, stressing the right to refuse medical treatment “does not include the right to have life terminated or death accelerated” and is confined to “the natural process of dying”.

The State’s compelling interest in protecting human life was also underlined in the 2013 Supreme Court decision rejecting the challenge by multiple sclerosis sufferer Marie Fleming to the legal ban here on assisted suicide. The court ruled the right to life under article 40.3.2 of the Constitution did not include a right to terminate one’s life or have it terminated.

Affirming the distinction drawn in its ward of court judgment between positive steps to end life and allowing nature to take its course, it said that permitting Ms Fleming to be assisted in taking her own life would amount to positive action to end her life rather than dying a natural death.

The UK case of young Liverpool FC fan Tony Bland also addressed whether he should be kept alive after being reduced to a permanent vegetative state (PVS) after being crushed in the Hillsborough disaster.

In 1993, the English House of Lords granted a request by the treating hospital, supported by Bland’s parents, for a declaration permitting it to discontinue all treatment designed to keep him alive.

Withdrawal of treatment was properly to be characterised as an omission and, while omission to act would still be culpable if there was a duty to act, there was no duty to treat if that treatment was not in the best interests of the patient, it held. Because this treatment would not improve Bland’s condition, it was futile and of no interest to him, it ruled.

The case of Teri Schiavo involved a protracted battle in the US courts which attracted international attention, particularly after then US president George W Bush intervened.

Schiavo fell into a PVS in 1990 after suffering cardiac arrest. In 1998, after years of unsuccessful therapies, her husband applied to have her gastronomy tube removed. Her parents opposed that and multiple hearings followed, involving 19 judges and six courts who all agreed the gastronomy tube could be removed.

A federal law signed by Mr Bush in 2005 directed a review of those decisions. After that review endorsed the decisions, the tube was removed on March 18th and Schiavo died on March 31st from dehydration.

The team wants the court to approve the putting in place of an appropriate care plan to move the man from the hospital high-dependency unit where he has been for some years to an alternative care environment such as another ward or hospice. His parents want to retain the full resuscitation measures available to their son in the unit and, because of that, do not want him moved from there.

If the HSE gets the orders sought, doctors would be permitted, should the man’s condition deteriorate, not to increase his existing ventilator support and to withhold cardiopulmonary resuscitation and other supports. The team says it would administer antibiotics as appropriate and the focus of his care would be on ensuring he avoids distress.

Lawyers for the parents told Mr Justice Kelly in July they believed there was insufficient evidence as of then for the orders. The parents believe their son communicates with them because when they tell him a relative is coming, he will turn his head to the door and, if they indicate a picture, his eyes turn to that, the court heard.