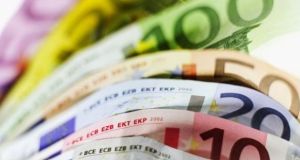 The judge finalised sentencing when told of Garda concern about the origin of any compensation furnished by Denis O’Brien.

A father-of-five who who went to the house of a 74-year-old woman and cheated her out of more than €10,000 has been jailed for three years.

Cork Circuit Criminal Court heard that the pensioner who suffered at the hands of Denis O’Brien (29) from Hazelwood Drive in Ballyspillane, Killarney, Co Kerry, had set the money aside for her funeral before she was preyed on by the bogus tradesman.

O’Brien has 59 previous convictions. These include theft by deception involving four elderly people ranging in age from 67 to a vulnerable 86-year-old man.

Det Garda John Gleeson told the court that on September 26th of last year O’Brien went to the house of a woman in her seventies in Brian Dillon Park, Cork. He told the woman that he was her neighbour’s nephew and that she had work carried out on her home and could not afford to pay.

The householder made out a cheque to the value of €4,900 and O’Brien also stole a blank cheque and €600 in cash.

A day later an accomplice went to the bank and cashed the cheque. O’Brien then returned to the pensioner and said he needed more money for the alleged works. She went to the credit union and withdrew €4,500.

The accomplice also went to AIB with this cheque to cash it. The second man was paid just €600 for his involvement in the deception.

At an earlier hearing of the case O’Brien told Cork District Court that he was the main carer for his mother, who suffers from chronic lung disease and emphysema. His five children range in age from six years to six months.

Det Garda Gleeson said that O’Brien was arrested after CCTV footage tied him to the crime. He said O’Brien, who lives in a caravan, was without visible means of support.

The court heard from barrister Paula McCarthy who said genuine efforts were being made by her client to raise compensation funds. But the judge expressed concern about the provenance of said compensation.

“This lady deserves to get her money back and if there was a lawful source it would keep everyone happy.”

The judge decided to finalise sentencing when Det Garda Gleeson told him that he would be concerned about the origin of any compensation furnished by O’Brien.

The judge described the crime as despicable, adding that he had preyed on the “innocence and vulnerability” of the woman. He jailed O’Brien for five years, suspending the last three.

Meanwhile, Paddy O’Brien who campaigns for the elderly in Cork city, has issued a warning about bogus tradesman.

“Many years ago the problem was that elderly people didn’t have enough to live on. That has changed, thankfully. The greatest single problem they have now is living in fear; they are afraid to go to bed at night. It is frightening what people are experiencing.

“Neighbours need to more vigilant. Seeing a strange car or a strange person knocking at a neighbour’s door. Take their [car] number. This has to be a collective effort, not just by the gardaí only.