Man who was ‘vital cog’ in money-laundering scheme is jailed 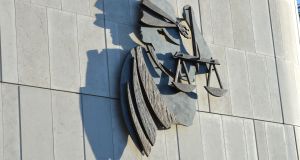 A Romanian man who opened bank accounts used for money-laundering by a criminal organisation has been jailed for three-and-a-half years.

Contantin Dirlescu (31) with an address at Dawson House, Patrick Street, Dublin 8, pleaded guilty at Dublin Circuit Criminal Court to six counts of using false passports to open bank accounts and four counts of operating accounts for money-laundering on dates between January 2019 and July 2019.

Garda Shane Fitzsimons told Grainne O’Neill BL, prosecuting, that during an investigation into a Romanian criminal organisation involved in money-laundering and cyber fraud, bank accounts opened with false Danish passports were linked to the accused’s then address at Dawson House.

In interview with gardaí, Dirlescu said he needed money for his children and approached men he knew in Romania from his time working in the security industry.

They asked him to go to Ireland to open bank accounts in his own name that they could use to move money.

He earned €1,300 for opening four accounts at various banks, as well as being provided with food and accommodation during his stay in the country.

He returned to Ireland a second time under their direction to open further bank accounts under fake names using false Danish passports which they provided.

He was paid €400 per account he opened and also received 5 per cent of whatever money was taken out of these accounts.

Dirlescu has two previous convictions in foreign jurisdictions. He was convicted of larceny in Spain in 2015 and for receiving stolen goods in Italy in 2009.

Gda Fitzimons agreed with Olan Callanan BL, defending, that his client co-operated with gardaí and “filled in some gaps” regarding the offences.

He agreed that Dirlescu was operating under the direction of someone above him in the organisation.

Mr Callanan said his client has two children in Romania and has never been in custody before in his life.

He said that Dirlescu was at the lowest rung of the organisation, albeit that he was acting knowingly and as “a vital cog”.

Judge Melanie Greally said Dirlescu received “a modest sum” for the level of risk involved and accepted that he was at the fringes of the organisation.

Judge Greally noted that he has previous convictions for dishonesty and committed these offences with “his eyes wide open” to the criminal nature of his actions.

She sentenced him to three and a half years imprisonment, which she backdated to the day he first went into custody, August 2nd 2019.