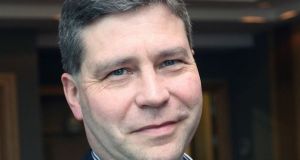 A so-called community page established to publish disparaging material about Quinn Industrial Holdings executives warned that a “kangaroo court” had passed a “sentence” on the executives.

The company’s chief operating officer Kevin Lunney, who is recovering from his abduction and paramilitary-style beating and torturing this week, was named as one of the people subjected to the “kangaroo court”.

The page is one of a number of presences online that has been disseminating material seeking to damage the QIH executive team.

Seán Quinn has condemned the attack on Mr Lunney calling it “barbaric” and while the Sean Quinn Community page bears his name and his image, he has no link to it.

The page, like the campaign of violence and intimidation against the QIH executives over the past five years, seeks to damage the executives and suggests Mr Quinn should be back running the companies he founded.

However, while those behind the social media material and the violence have sought the return of Seán Quinn to the businesses, he has been clear to state that none of the activity is linked to him.

“In the early eighties we had the notorious Shankill Butchers, based in Belfast they were led by a man called Lenny Murphy, ” a post published on the page last September stated.

“Now… based in Derrylin we have the Derrylin Butchers have (sic), and continue to stab Seán Quinn in the back.

“This gang is led by local men, Kevin Lunney and Liam McCaffery, and with the help of Tony Lunney, John McCartin and Dara O’Reilly. All pictured below.

Father-of-six Mr Lunney was abducted on Tuesday evening near his home in Co Fermanagh and found more than two hours later about 35km across the Border in Co Cavan having been subjected to a punishment beating.

He was taken to a caravan or container and beaten by a gang of masked men during which his leg was broken. Mr Lunney was beaten with implements, including baseball bats, to the legs, head, upper body and hands.

Sources described the attack as a throwback to the era of Provisional IRA punishment beatings. They added that even in the context of those paramilitary attacks the beating and torture Mr Lunney endured was on the upper end of the scale in terms of the level of violence used.

The attack is the latest in a five-year campaign of intimidation and violence directed at the executive team that has been running Quinn Industrial Holdings since the fall of the empire owned by businessman Seán Quinn.

On Friday the chief executive of Quinn Industrial Holdings Liam McCaffrey praised the company’s staff and said it would “stick to its principles”.

In his first interview since the attack on Mr Lunney, Mr McCaffrey told local radio station Northern Sound those those responsible were “depraved”.

He said there needed to be a greater police presence in the area as those responsible for the attacks can “move with impunity from one jurisdiction to another”.

“Our 834 staff are fabulous people, hard working, dedicated people. They turn up every morning and work hard and go home and look after their families and contribute to their communities. No different than what Kevin Lunney was doing.

“In addition to being an immensely talented executive, he was also a huge community man.”