Boy A attacked by two other teens in Oberstown Detention facility 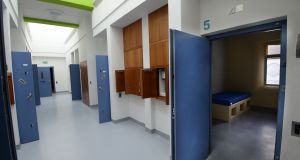 One of the teens convicted of the murder of 14-year-old Ana Kriégel has suffered minor injuries during an assault in the Oberstown Child Detention facility.

The 15-year-old, known publicly as Boy A, was attacked by two other teenage boys as he was watching television in the common area of his housing unit.

Boy A, along with his co-accused Boy B, became the youngest person ever convicted of murder in the State after being found guilty of the murder and aggravated sexual assault of Ana in an abandoned farmhouse in Lucan on May 14th, 2018.

Last November he was sentenced to a term of life imprisonment which will be reviewed after he serves twelve years. Boy B was jailed for 15 years for Ana’s murder with a review after eight years. He is appealing his conviction.

Tensions were high when both boys were sent to Oberstown after they were convicted in June 2019. A small number of other children engaged in occasional scuffles with the boys but sources said this soon calmed down.

It is not known what led to the assault over the weekend. The incident came to end when a staff member intervened. Boy A was treated at the scene and did not require hospitalisation.

A Garda spokesman said members from Balbriggan are investigating an alleged assault which occurred at the facility on Sunday.

Sources say there has been increased tensions among detainees since the start of the coronavirus pandemic due in part to a complete ban on face-to face visits from families.

Boys A and B are already among the longest serving detainees in the facility. The vast majority of teens there serve sentences of less than a year.

Detainees are housed in separate units which each hold up to eight teenagers. According to the latest figures there are 50 boys and one girl currently in detention in Oberstown.

Although they had been good friends at the time of the murder, Boy A and Boy B are housed separately at the request of Boy B who has said he is scared of the other teen.