Pricewatch: Confusion over travel insurance in time of coronavirus 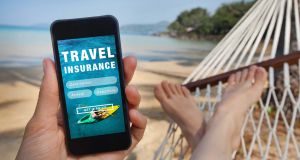 Anyone who took out travel insurance after the middle of March is almost certainly not going to be covered for any coronavirus-related cancellations.

Kieran O’Leary made contact and raised an interesting point about travel insurance in the time of coronavirus.

In a travel-related online Q&A we wrote last week, we pointed out that anyone who took out travel insurance after the middle of March is almost certainly not going to be covered for any coronavirus-related cancellations as all the insurance companies moved very quickly to exclude that from their cover. Many companies will already have had a clause – buried deep in the terms and conditions – stating that they do not cover pandemics.

In that Q&A we pointed out that it was worth checking your travel insurance if you have had it since before the crisis began. That prompted Kieran to contact his travel insurer. “I had already scrutinised the policy documents so I knew that Covid/pandemics were not excluded by my policy, but what I heard on the phone was somewhat surprising and it may be worth letting others know about,” he says.

“I’ve had an annual travel insurance policy with AIG for the past few years. We booked this year’s holiday in early January before Covid was on the horizon for most of us. As the concerns around Covid increased I was reassured that I was lucky to have a policy that did not exclude pandemics so was feeling very confident that if things went against us I would get my money back through my insurance and would not need to worry about the uncertainty of credit notes,” he says.

He says his option now is to continue making payments for the holiday – two ferry companies and two campsites in France “and see how things pan out between now and August. In which case if we can’t travel, then take credit notes/refunds as offered by ferries and campsites. Or cancel the holiday before my current policy expires, but AIG cannot guarantee they will pay out as they evaluate each claim on a case-by-case basis.”

He says he was surprised to be caught out like this and even more surprised that there was nothing he could have done to avoid the situation he is in. “I asked that should I, in hindsight, have taken out a new policy on the day I booked my holiday, but they said that would not have given me a new policy as I already had a current one. It feels highly unfair, and I wonder whether others have the same false sense of security that I had a few hours ago!”

Meanwhile, a reader by the name of Ray got in touch about Ryanair and refunds. He and his wife were due to fly to Spain at the end of March with the airline. The flight was cancelled and the couple were promised a refund by email. “Then two weeks later we were asked for patience as the airline said the demand on their service was huge, he says. About a week or two later he got another email and was offered a voucher.

“Now, I’m not unreasonable and travel frequently with Ryanair and others and would indeed take a voucher,” Ray says. “But I was told that the voucher would only last for one year and not five as is the current legal situation in Ireland for vouchers.

“As a result, I will not take the voucher as the Covid thing might still be with us. However, if the voucher was to last for five years I would accept it. The advantage for Ryanair is that the cost of the pandemic would be spread over a much longer period and the airlines would not be under the same pressure for cash refunds.”

Ray is making a good point when it comes to extending the period in which vouchers can be redeemed to five years. He was not alone in wondering what Ryanair could impose a 12-month expiry limit which seems to run contrary to the law. It doesn’t. We got on to the Department of Enterprise about this and were told that a clause in the law says vouchers that are not “supplied, marketed, provided or otherwise made available to be given as a gift” are excluded from the new rules.