‘Lo and behold the bloody account still hadn’t been cancelled!’ 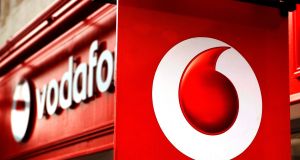 Marie received almost 20 text messages from Vodafone either saying her broadband problem had been fixed or promising that it would be soon, but still no joy. “Only for neighbours we would have missed the All-Ireland,” she tells Pricewatch. Photograph: PA/PA Wire

Marie from Drumcondra in Dublin sent us what she described as “an incredible story” to do with Vodafone.

“On August 19th our TV flagged ‘no signal’,” she starts. “Despite been crippled with arthritis I went through the usual routine – switch off the black box, the modem etc.”

It made no difference so she called Vodafone and was told via text message that its “network crew are working on resolving it as quickly as we can and we will keep you updated”.

A day later she got another text saying that the case had been resolved. It added that if she was still experiencing issues she should power off any equipment, wait 10 seconds and reboot.”

Marie did as she was asked but it made no difference and she still had no service so she called Vodafone again and again she was told the company was working on it.

Between Wednesday August 21st and August 30th she called the company multiple times. Still she had no service.

By September 17th she had received almost 20 text messages from the company either saying the problem had been fixed or promising that it would be soon, but still no joy. “Only for neighbours we would have missed the All-Ireland,” she writes.

Then, on September 11th, she got another text message saying they had tried to call her but she was not at home, but she says they could not have known this as “I have no broadband so my landline does not ring”.

She brought her laptop to her daughter’s house and discovered that she had been sent an email from the company saying that she had terminated her contract with the company. When she called the company again she was told that her non-existent desire to terminate the contract had been attached to her file in error.

The next day there was another long call to Vodafone and a promise that a manager would call. They did call and there was a promise of an engineer’s call the following day. There was no show and when Marie rang Vodafone she was told no engineer’s visit had been scheduled.

Then she got a call from a courier saying her modem and other equipment was to be collected as the contract was being terminated. “I told her she could do so when I got copy of a letter I sent or a recording to cancel my contract. Then the phone went dead.”

Another Vodafone tale of woe:

In January a reader called Nicola, went into the Vodafone store in Killarney to discuss options for their new build just outside the town. “I was told that their standard internet would be bad and that I should go for their gigabit broadband which would be available in my area in a few months,” she said.

In the meantime she was advised to go with their mobile broadband and she was told they would “switch me over with no fees once Gigabit became available in my area. I had to sign a two-year contract for the mobile broadband but they assured me that there’d be no cancellation fees, that I’d just be switched from one service to another.”

She says the mobile broadband was terrible.

In August or September of last year she told that Gigabit was now available. “They sent out an engineer who evaluated our site and told us we had to run a trench with necessary cables from our house to the telephone pole at the end of our road. Which we did, at our own expense.”

In November Nicola went on a four-day trip to Budapest and when she returned she switched on her mobile and there was a voicemail from Vodafone saying that they were coming that day to install the Gigabit broadband. “I immediately rang my husband but he said that he’d been there all day and nobody came. So I called Vodafone but the guy I spoke to could find no record of an installation appointment. The next day I called into the Vodafone store.”

“The guy in the store called Vodafone, only to be told that they had made a mistake and that Gigabit broadband was no longer available in my area! No explanation as to why or why I’d been told it would be, never mind all the groundwork we’d done to our house. And now I’m stuck with crappy mobile broadband.”

Annoyed, she said she wanted to cancel the broadband and go with a better option. “They wanted a €550 cancellation fee! Even though I only signed up to their crappy mobile broadband on the promise of the Gigabit being installed in a few months, which they now are saying isn’t available at all!”

There was a big and long row and they eventually agreed to waiver the cancellation fee. This was only after I threatened to take my mobile phone account elsewhere. She was told the account was cancelled.

“After a few months I started getting text messages saying I owed them all this money. I couldn’t figure it out as my mobile is direct debit and there’s always money in my account. So I called into the store. Turns out they never actually cancelled the broadband.”

She tried to sort it out and thought she had. They even applied credit to her account.

“Until a few weeks ago. I started getting all the texts from them again saying I owed them over €500. She called into a store again “and lo and behold the bloody account still hadn’t been cancelled!”

What had happened, she said, was that the credit that had been applied to her account had been used to pay her monthly phone bill – unknown to her – and when that ran out she started getting the texts again. “Then this morning they cut off my phone! I’m at my wit’s end with it. Please help!”

We got in touch with Vodafone in connection with both of these sorry stories.

In response we received the following statement.

“We fully acknowledge that the experience of these customers was poor and not to the standard we set for customer service delivery at Vodafone. We are reaching out to both customers to unreservedly apologise for the unacceptable experience they had with us and to fully resolve the issues they raised. We will now be undertaking a re-training exercise for our front line staff, based around the learnings from these two incidents.

“Customers are at the core of everything we do at Vodafone and we strive to empower our frontline colleagues with the skillset and knowledge to demonstrate excellence in customer service in every interaction. In these cases, the service fell short”