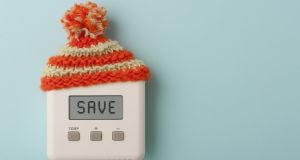 As if it wasn’t bad enough that we are all facing into a long, dark and cold winter, we are also heading into that part of the year when costs climb dramatically. By the time spring has sprung most of us will be thousands of euro poorer than if we had just sidestepped the winter months entirely.

Everything from heating to eating costs more but where does the money go and could we stop it going there quite so quickly? Here are five ways we spend less money in winter and more ways to make it better.

It is hardly a surprise that it costs more to light and heat our homes in the winter than in the summer, but by how much? During the six months that lie ahead – which is, if we are to be honest with ourselves, the typical length of an Irish winter – the average monthly electricity bill will be around €110. By contrast, the average summer electricity bill is around €60. The average monthly gas bill is about €120 in winter and €60 in the summer. So, if we – generously – split the year in two, then the six months of winter will cost us all an average of €1,380, while summer will cost €720 or €660 less.

What can be done? While we can’t make an Irish winter warmer or brighter, we can make it cheaper. During the summer, the Commission for Regulation of Utilities (CRU) published its annual report which found that the vast majority of gas and electricity customers did not switch providers last year. Many will have never switched.

It said consumers who failed to switch gas or electricity suppliers over the last four years had paid almost €1,700 more in utility bills than if they had changed provider. The independent energy regulator said people who switched or renegotiated every year for the last four years could have saved €704 on gas, €1,097 on electricity or €1,696 on their dual fuel costs.

Switch this winter and you could see your annual bills fall by more than €400 which will go some way towards offsetting the winter heating and lighting costs.

People eat more in winter time. There are all sorts of theories as to why but generally speaking it’s not our fault and it most likely comes from a primitive impulse to stockpile for the colder months. According to a study by University of Exeter “people have evolved to have subconscious urges to over-eat, and limited ability to avoid becoming obese, especially in winter”.

The report, which was published three years ago, said “storing fat is an insurance against the risk of failing to find food, which for pre-industrial humans was most likely in winter”. If you give into your primal urges and eat just 20 per cent more over the course of the winter, it is going to cost you an additional €520 between now and the end of March.

What can be done? Here is the thing. You are not likely to run out of food sources in the months ahead – as long as the world doesn’t get really apocalyptic all of a sudden – so if you shop smarter, eat less and maybe reduce the amount of meat you consume, you could easily save €300 on your winter groceries.

Is it too early to mention the C word? It probably is, even if the likes of Brown Thomas and Arnotts have already opened shops dedicated to the event and some other retailers are selling selection boxes and decorations. But while we are not keen on talking about it, that doesn’t mean we shouldn’t start planning for it, because if we are going to talk about the cost of winter then it can’t be ignored as an endless stream of studies have indicated that the weeks leading up to the big day will cost households an average of about €1,500.

What can be done? We are not going to suggest you scrimp on presents and the like but you will save money if you start early and plan better. The trick to buying the perfect gift is to give yourself loads of time, do all the required research in September and October, listen out for what your nearest and dearest want and then make your purchases with surgical precision in November far from the maddening crowds of December. A last-minute shopper is a panicked shopper and such people buy bad presents and pay through the nose for them. So buy now and pat yourself on the back later

Clothes to the edge

There is no getting around the fact that you need more clothes in winter than you do in summer. And your clothes need to work harder to keep you warm and dry. While this applies to both men and women, men probably get away with more as their wardrobes are less varied and many men have less imagination when it comes to dressing. According to a study we came across recently, a woman’s winter wardrobe is likely to cost as much as three times more than her summer wardrobe with women surveyed saying they spend about €650 on winter clothes compared with €200 on summer ones.

What can be done? The first and easiest thing to do is carry out a clothes audit – look at the winter stuff you already have and decide if you really need to buy a new pair of boots or a new coat. Chances are you can get another season out of much of the stuff you already have. Not only is that better for your wallet, it is better for the environment too. Try and avoid designer labels and fast fashion and buy vintage and pre-loved instead (okay, we’re talking second hand here – but it is very on trend).

We’re all paying for our . . . summer holidays

While you go on holidays in the summer time, the chances are you pay for it in the winter and few families of four will have much change out of €2,000 once that cost is covered. And that doesn’t even cover the cost of flights.

What can be done? The more organised you are the more money you will save. A big mistake many of us make when looking for holidays is to limit our searches to Irish-based airlines and Irish airports. And if we are flying long-haul we tend to confine our airports of departure to Ireland and the UK. This is a mistake. Amsterdam, Frankfurt and Helsinki can offer great value

Be flexible as to the day you travel, you might be able to save hundreds of euro. We are all conditioned to start our holidays at the weekend, and while this is understandable, as most of us finish work on a Friday, have two weeks off and then start back on a Monday, it is foolhardy. Because that is what most of us do, that is where the highest prices are to be found. So if you travel Thursday to Thursday or Monday to Monday, you will see prices fall by as much as 40 per cent.

If you fancy a family trip to Spain, France or Italy, then consider camping. Shop smart and it can be brilliant and cheap. Sites to keep an eye on in the weeks ahead include campotel.com and eurocamp.ie. Remember travelling to a campsite in June will save you quite a few bob.

And don’t forget Airbnb. The system is easy to use and pretty foolproof, although do take a little bit of care. Read the reviews of other people who have booked the accommodation you are considering. And never, ever pay for Airbnb accommodation outside of the platform. Scam artists have taken to listing properties on the site and then contacting people who book with them offering substantial discounts if they transfer the money directly either to a bank account or using a wire transfer service. No matter how tempted you are, just say no. You will be ripped off.