Is there any point having health insurance?

Pricewatch: A reader puts it down to a fear factor but there are some benefits to paying out 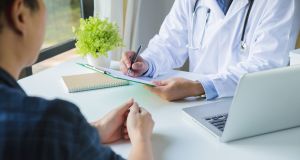 A reader called Wesley contacted us in connection with health insurance. Specifically he wondered what he was paying for.

“We have health insurance and pay over €3,500 per year for the family (two adults and two kids) however we never seen any benefits from having it,” he says. “The only reason we got it was from fear factor, the “what if we didn’t have it and something goes wrong” combined with me turning 35 and the additional costs they would put on me for never having insurance before!”

Fast forward to now, when Wesley is 38 and has “never used or seen the benefit of having health insurance yet I continue to pay for it because of the fear of the great “what if”! We still pay for the doctors and A&E visits and touch wood we haven’t had to spend any time in hospitals yet!”

He says members of his family did have to go to A&E about three times in the three years “and as far as we could see they get us to sign the form to make sure they get extra money from the insurance, but thankfully all trips to the A&E were sorted out on the day and we know we would have gotten the same treatment whether we signed the insurance form or not!”

He concludes by saying that he does not “believe in insurance, but can see why they are in place. If I lived in America I would definitely see why having it is necessary but here in Ireland it’s a joke – sure Kilkenny (our local hospital) doesn’t even have any private beds and by the hospital’s own admission to us on a recent A&E visit they said they couldn’t give us anything different than a medical card holder or non insured person seeking care ... same beds same doctors same care! So from 18-35 I managed to save €3,500 per year now I’m just giving it to the company for the of mind.”

Wesley makes some good points in asking do we actually need health insurance?

If you are unfortunate enough to have a heart attack or stroke, are involved in a car accident or have to be rushed into an emergency department suffering from some other ailment then health insurance is of little use. You will be taken to the nearest public hospital and treated in the public system at no – or at least at very little – cost.

The public system can be excellent in this country and that is largely down to the medical professionals who run it, but it is a long way from perfect. Even with health insurance people can find themselves stuck on trollies for days even if they have been paying through the nose for insurance.

However, the reality is that people with health insurance get access to consultants more quickly – even consultants working out of public hospitals if they are allowed see patients privately. They also get private and semi-private rooms in public hospitals and can avail of treatment in private hospitals, which significantly reduces waiting times for many procedures – both elective and otherwise.

We all know patients in the public system can be left waiting months, if not years, before they get to see consultants and people have died as a result of those delays. That is why many people believe health insurance is essential.

Another reason many view it as essential was contained in a report from the Economic and Social Research Institute which found that wealthier people with private health insurance are more likely to avail of potentially life-saving cancer screening tests in Ireland.

The think-tank study looked at the uptake of breast and prostate cancer testing among middle-aged and older people and said people with neither private health insurance nor a medical card were “significantly less likely to have received a mammogram or prostate screening” than those with just a medical card.