Pricewatch: ‘It seems, you need a qualification in forensics to figure out what’s inside the packaging’ 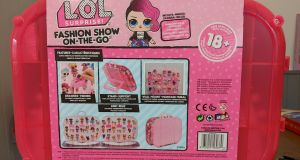 A quick look at the pictures and it is clear our reader is making a valid point. 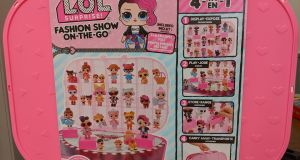 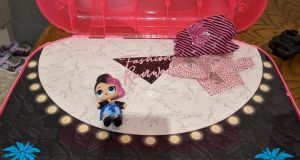 Inside the LOL Surprise! dolls box

Richard Niland from Dublin wrote to us to say he was “a very annoyed parent of a very upset six-year-old girl”.

And what was the source of his annoyance? He contacted us after his child spend €30 “of her own money on a plastic box and a single plastic doll, all of around 2in tall”.

His daughter and his wife thought she was buying a box with far more than a single figurine in it “but, it seems, you need a qualification in forensics to figure out what’s inside the packaging of children’s toys these days”, he writes.

“If you feel inclined to count, there’s seven pictures of the box, each one proudly displaying something like 20 little LOL dolls in the box. In prominent writing on the front it says something about ‘18+ dolls’ . . . yeah, like the pictures show, a whole heap of dolls in the box, presumably”.

“With an excited little girl and two others following behind, who has time to investigate all the details while standing in Smyths middle aisle?” he wonders.

So the mother and daughter arrive home and the box is excitedly ripped open. “To her dismay, the six-year-old finds not a box full of LOL dolls, but one with four or five compartments each filled with a colourful bag. Not to worry, my wife consoles her – the box wasn’t full, but at least there’s a few in it.” There wasn’t.

“A few more minutes pass and the dismay gives way to tears. The contents of the few bags are not individually wrapped dolls, but, you guessed it, one single 2in-high plastic doll and her all important ‘accessories’.

“Later on, after the tears were dried up, we examined the box and yes, of course, on the back it does say, next to the French and Spanish translations: ‘Includes: one doll and four accessories’. Nowhere near the 18+ you might think is in there and as all the pictures show. (In fact, not a single picture is a true representation of what’s inside.)”

So our reader went back into Smyths but failed to get any satisfaction. “ My little girl had opened it and the box did indeed say that it only contains one doll, despite all the pictures. We both knew I hadn’t a leg to stand on. So, it’s been a lesson for us, anyway. Maybe if you think it’s appropriate, you might find space to warn other parents and their excited six-year-olds”.

A quick look at the pictures and it is clear our reader is making a valid point. We contacted Smyths to see if it had a view. Obviously, the store is not responsible for the contents of the toy but it sells the product and we wondered if more could have been done to make this small child feel better about the world. At the time of going to print we had yet to receive a response from the retailer.