‘I am not going to frequent any hotel, restaurant or cafe in this country’

Pricewatch: Reader has issues with the Irish hospitality sector over hygiene and service

The Restaurant Association of Ireland has called on the Government to shutdown all restaurants and cafes to stop the spread of coronavirus. Video: Enda O'Dowd 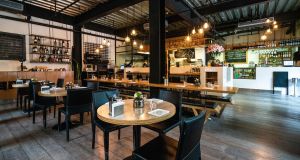 Margaret is of annoyed and irritated at the sector’s complete lack of respect or concern for the public. File photograph: Istock

Last week we wrote a piece in this newspaper which outlined how badly impacted the Irish tourism sector is likely to be as a result of the spread of coronavirus across the country.

We reported the fact that tens of thousands of jobs in tourism were at risk across the country as the number of people from overseas booking holidays in Ireland has dried up to a “trickle”, according to hoteliers and industry representatives. We explained that in a bid to limit losses, some hotels are trying to fill empty rooms and restaurants by offering discounted rates to domestic tourists.

Since we wrote that piece things have got worse. Restaurants have had to close – at least temporarily – and hotels have been emptying of both international and domestic visitors. We are very much in uncharted waters.

A reader called Margaret wasn’t buying any of it. “I have now decided that for the duration of this ‘public health crisis’ I am not going to frequent any hotel, restaurant or cafe in this country,” she wrote.

She said it had “nothing whatsoever to do any irrational fear of picking up the virus but instead is related to a growing sense of annoyance and irritation at that same sector and its complete lack of respect or concern for the public it is trying to attract through its doors”.

She says that shortly before the new broke of the first case in Ireland at the start of March she visited a Dublin hotel. “Less than a metre away, a young lady coughed and sneezed for twenty minutes uninterrupted without once covering her nose or mouth. When she left, the waitress came along picked up her glass and dishes and went on her merry way. In other words there was absolutely no question of getting a spray or a damp cloth to leave the table nice and clean for the next person.”

Margaret suggested this was “common practice in dear old Dublin so nothing new there. I have been on this bandwagon/soapbox for years. I sent an email to the manager of the hotel and suggested politely that he might like to ‘up his game’ in the old hygiene department in light of what might be coming down the tracks but of course he didn’t bother to reply.”

The barman came down took the dishes off the table (with, as my mother used to say, a big puss on him) and that was it"

She had more to give out about.

Days later she was in a pub restaurant and sat at a table “covered in dirty dishes”.

She went up and asked for the table to be cleaned. “The barman came down took the dishes off the table (with, as my mother used to say, a big puss on him) and that was it. He didn’t come back with a cloth and again we were left at a table that could have had Northern Italians at it ten minutes earlier for all we knew. The English tourists at the next table also got their meal served at a table that had not been cleaned down. We didn’t enlighten them to that fact. Again I sent an email to the hostelry and again no response.”

She accused the industry of “whingeing”. “As I said any reluctance to support the hospitality sector on my part is nothing to do with an irrational fear of catching the virus but annoyance at the arrogance of our hospitality sector towards its ‘bread and butter’ and its complete unwillingness to let it be seen that it is playing its part in reducing the risks.”

While we believe Margaret has a right to express her views – and the idea that all of us – restaurants, pubs, individuals – have a need to up their game when it comes to hygiene, we think the tourism sector does deserve our support during what is going to be an absolutely horrendous time. Yes, not everyone is brilliant when it comes to cleaning tables but – at least in our experience – things are good in Ireland and are only likely to get better in the days ahead.