Pricewatch: Issue with charger left a reader without her device until we intervened 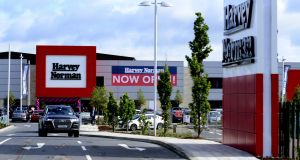 Faye Lewis contacted us via Twitter after she was told that she would have to wait as long as five weeks to have a laptop she bought recently in Harvey Norman repaired. She was told the problem was that the charger was slipping out of the laptop.

“There couldn’t possibly be any physical damage to the laptop or charger as I’ve barely used them since I only purchased it on December 2nd and have kept it in a thick protective case which I also purchased the day of the laptop,” she says.

“While they said the charger was a bit dirty in the description, it was a Snow White rubber charger originally which I would have still classed as clean. I asked them could I just get a charger replacement under my insurance as I don’t have the time to give in the laptop but they said they can’t do anything for me unless they take both the laptop and the charger in so they can make sure the laptop isn’t at fault,” she says.

She is a third-year student in college “and the new term has only just begun. Assignments are flying in, I’m very upset over signing a form saying that they can hold onto it for five weeks but I had no other option.”

We got in touch with Harvey Norman to see if we could help out.

In response to our queries, a spokeswoman said that Faye was “correct in that she signed our terms and conditions which state that a repair may take between one to five weeks. This allows for part constraints, logistics to repair agents for different brands etc. This is not to say all repairs will take the five weeks but rather that in some circumstances, it could take that long – this is worse-case scenario and we need to advise our customers of this. However, it should be clear in conversation that it is not automatically five weeks.”

She said that it was standard procedure to take the laptop – as well as the charger – to ensure a “proper assessment is completed to see if there is a manufacturing fault or if the issue is due to another reason. This is not always possible to do in-store or on the same day. But for the majority of cases, this happens in store at the time of return”.

Then she apologised to our reader “if our communication was lacking or unclear to her on both the timeframes and the process, and for the stress it has caused her”. And then she got her laptop back.