Got a consumer complaint? We’re here to help you out

Pricewatch: A trip to Canada with Aer Lingus left this couple stressed, out of pocket and unable to get answers 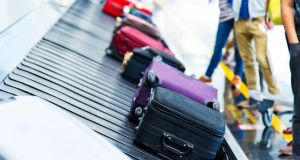 A reader’s experience: “This was our first visit to Canada and I have never felt so stressed in all my life, because of not knowing why this happened and finding it very hard to get information on our flights from Aer Lingus.”

“I felt that the arrival in Toronto 4.15pm and departure to Vancouver 6pm were very close but Aer Lingus confirmed that this was not a problem. If it was missed an alternative flight would be found.”

So the couple arrived in Dublin airport on June 14th and checked in for their flight to Toronto. Their baggage was checked in and they were told by the Aer Lingus staff that they would not see it again until they arrived in Vancouver. They were shown a baggage tag with both the Toronto and Vancouver airports named.

“On the plane about 15 minutes before arrival in Toronto it was announced that all luggage was to be collected in the Toronto baggage hall and brought through Canadian customs. I did question this with one of the Aer Lingus hostess as it was not what we were told in Dublin and she confirmed that we have to collect our bags and clear customs.”

The plane landed in Toronto at 4.10pm and parked at a “very remote terminal” about 10 minutes later. “We had then to board a bus that brought us to Terminal 3 another 5/10 minute bus ride away. After clearing Canadian passport control we got to the baggage hall at around 4.45pm. There was a delay with the luggage to the collection belt and we left the area at 5.30pm and had to clear customs.”

When the couple got through customs and went to the arrivals hall, with their luggage trolley, the only people they met were employees of Westjet. “To get information about our connecting flight to Vancouver one of these checked the flight on her phone and told us it was running 20 minutes late but we would not make it. To help us she showed us where to board the train and she told us where to find Air Canada in Terminal 1.

“When we arrived at the Air Canada desk, queuing for 25 minutes, it was 6.30pm and we were told that we missed the flight and they could not reroute us as we had booked through Aer Lingus and we needed to contact them as it was their problem. They gave us a phone number and told us where we could ring from, which was at the information desk on the ground floor. When I rang it I got the message “All our agents are busy at present, please hold” and I held for 20 minutes and kept getting the same message.”

So they went back to Terminal 3 to try and find someone from Aer Lingus. They met another Westjet employee who checked for Aer Lingus staff by having it announced over the PA system. There were no staff available as their office had closed 45 minutes before the Dublin-bound flight had arrived and the staff had left at about 7pm.

“It was almost 8pm at this stage and we were in Toronto Airport not knowing what to do having been left by Aer Lingus, so we proceeded to book another flight to Vancouver with Westjet as they are based in Terminal 3. The cost of this flight was $1,400 departing Toronto at 10.10pm for a four-hour 50-minute flight to Vancouver,” says Jackie.

‘No need to worry’

“I spent two days of my holiday trying to contact Aer Lingus, before I spoke with a person in Toronto. The Aer Lingus person did confirm to me that our return flight was okay and there was no need to worry. I went to the airport on the Wednesday to check but I got no information as our reference number was not recognised because it was more than 24hours before our return flight to Toronto.

“Then when I logged into the Westjet site to get our boarding passes on the day before our return flight all did look okay,until I was asked what luggage we had – four bags as this is what was booked and paid for with Aer Lingus – and I had to pay Westjet another $200 for the luggage.”

The couple arrived in Toronto and told an Aer Lingus manager there what had happened. “She did apologise and said she would let Dublin know what happened. She also looked for our booking details and said Aer Lingus would contact me when I got home (still waiting). This was our first visit to Canada and I have never felt so stressed in all my life, because of not knowing why this happened and finding it very hard to get information on our flights from Aer Lingus. It felt like we were just dropped into Canada to find our own way.”

We got in touch with the airline to see what it had to say. We contacted the company and this was the response we got back in full: “Aer Lingus wishes to apologise to the guest for the inconvenience caused and advise that all reasonable expenses incurred will be reimbursed. Aer Lingus can confirm the necessary steps have been taken to ensure this error will not reoccur.”