Got a complaint? Know where to go

If you have issues with retailers or providers, there are organisations that can help 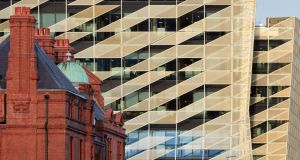 The Central Bank: If you have been given the runaround when applying for Covid-19 related relief from your bank, this is the place to go for help. Photograph: Hufton & Crow

In recent weeks we have seen the level of complaints we are getting about some providers (airlines and online holiday companies, ticket-selling enterprises) surge while the level of complaints about others – mainly retailers – have plummeted. We have also seen inadequate, and sometimes non-existent, responses from too many companies when we have tried to resolve issues.

But there are bodies to regulate and police air travel, to keep an eye on our financial institutions and to watch over our phone and broadband providers. There is a low-cost court we can go to if things go badly wrong and ombudsmen to adjudicate on matters of finance and public bodies.

Here are some of the places readers may need to go in search of redress in the weeks ahead.

The CCPC was set up to serve as a voice for Irish consumers and be the first port of call for anyone in search of consumer-related information. It helps enforce consumer legislation and to grow our understanding and awareness of the protections we have.

It has a dual mandate to enforce competition and consumer protection law in Ireland with a key role being “to make markets work better for consumers and businesses”.

It is not, however, what many people think it is. It will not be able to help you as an individual if you have a problem with a specific company. It is hamstrung because it is not legally allowed to intervene on behalf of consumers or to make contact with companies that have made life difficult unless the issue is widespread and pervasive.

It can’t really act in an advisory role for individual customers when it comes to trying to find better services in specific cases either. But although it won’t actually help you if you have a problem that needs to be dealt with fast, it is always worth logging complaints with it – serious ones – as that allows it join the dots in a more complete way to establish patterns of behaviour. It can act if a particular company or industry is engaged in a widespread practice that goes contrary to consumer law. And it is a handy source of info if you want to arm yourself for a row with a service provider.

The ECC is a Europe-wide organisation that engages with consumers, and offers information and advice services on cross-border rights. Since it was set up nearly 20 years ago, its centres across Europe have assisted close to one million consumers.

Unlike the CCPC, it will go into battle on behalf of individual consumers and often wins fights that would otherwise be impossible to win because of language barriers or because consumers here have no idea where to turn when bad things happen to them elsewhere in the EU.

If an Irish consumer gets into difficulty with a retailer or service provider outside of this jurisdiction, the European Consumer Centre can help build a solid case, which it passes on to its counterpart in the relevant country which can then make contact with the trader to have the problem resolved.

The Central Bank has oversight of the whole financial system and works alongside the CCPC and the Financial Services Ombudsman in some areas. It also looks after the Central Credit Register, the centralised system for collecting personal and credit information on loans. If you have been given the runaround when applying for Covid-19 related relief from your bank, for example, this is the place to go for help.

If you have a problem with your mobile phone, your broadband or your landline, you go to ComReg. It can, however, be a frustrating experience. More often than not ComReg will send you back to your provider and only when you have exhausted a company’s internal complaints system – which in itself can be incredibly exhausting – is ComReg empowered to help. While the process can be slow, it is a regulator that can and does put manners on mobile operators.

The Financial Services Ombudsman investigates customer complaints in relation to the financial sector, including banks, building societies, credit unions, brokers, money lenders, hire-purchase providers, health insurance companies and retail credit firms. The process can be slow and intimidating for many of those who need it most but has done the citizens of the State some service, most notably in recent times when it came to the tracker mortgage scandal.

The Consumer Association of Ireland

This is a voluntary organisation which represents Irish consumers in the public sphere in as much as it can, given a small budget and a small office. It can and does provide a voice for consumers on live issues.

If you have problem with an airline, the Commission for Aviation Regulation can help. Under EC regulation 261/2004, people who are denied boarding or those who have had a flight cancelled or delayed are entitled to such things as refunds, assistance and compensation, although compensation does not apply when it comes to Covid-19 related cancellations, the EU has previously ruled. The Commission for Aviation Regulation is designated as the State’s enforcement body to make sure airlines in this country do what they are supposed to.

“Court” sounds a bit terrifying but it shouldn’t. The Small Claims Court is your friend and the process is pleasingly simple. Any grievance against a retailer or service provider that has a financial worth of €2,000 or less can be pursued here and there is no need to involve a solicitor.

You can make a claim for goods or services bought from someone selling them as part of their normal business, although, if you bought a telly on the side of the road from a man you’ve just met, that will most likely not be covered.

You lodge a claim at Courts.ie or download an application form from the site. You give details of the claimant (you), the respondent (the business), the amount claimed and the details of your claim. You must complete an application and pay the €25 fee.

Your claim is then processed by a District Court clerk. The clerk informs the business of your claim, after which it has 15 days to respond. If it doesn’t, you win and the District Court makes an order in your favour. If it does dispute your claim, the court registrar negotiates with both parties to try to reach an agreement. The setting tends to be informal and private. The registrar asks both parties to outline their side of the story and tries to reach a deal. If this isn’t possible, a hearing before a District Court judge is arranged.