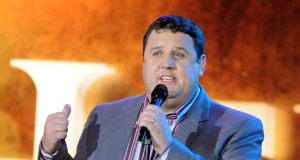 Three readers contacted us with unconnected stories about trying to buy tickets for three separate events and, while on the surface all three stories may look very different, they do bear a striking similarity to each other.

Kathryn O’Connell wanted to book some tickets for an upcoming performance of ELO in the 3Arena and she took to Google to search for same. The first result she clicked on led her to Viagogo – a ticket resale website.

She found four tickets and proceeded with the payment. She was less than pleased when she saw how much she had been charged. She paid €110.62 – substantially more than she would have been charged had she bought them elsewhere – but that was only the half of it. She was also charged a booking fee of €125.80 and a handling fee of €5.95. And on top of that she was charged “buyer vat of €28.94”.

The total cost of her four tickets was €603.17. Had she bought the same tickets through Ticketmaster – and when we checked last week there were still plenty of them for sale – she would have paid €389.40 for them.

“I was not at any time informed of the total cost until after I had pressed pay,” she says. When she contacted the company “they did offer to resell but that would mean another poor sod getting ripped off so that’s a no-no. My whole argument is that at no time before purchase was the total showed. I would have never clicked pay on that amount.”

Next up is Chris Donohoe. On Friday, November 17th, he noticed that tickets for Peter Kay in 3Arena in February 2019 were available on Viagogo. “I went ahead and purchased two tickets using my Visa credit card to make payment. I don’t often buy tickets for shows online and got a bit confused when I saw time was ticking and I only had a certain amount of time to complete the purchase,” he writes.

He had typed in two tickets and when he saw €254 he “stupidly thought that this was for the two tickets. Any purchase I have made online before gave me an opportunity to view total cost and request that I confirm payment before purchase would be completed. This did not happen and I was horrified when a message came up that purchase was completed and the total cost was €692.94. The breakdown was €254.32 by two, €145 booking fee, €5.95 handling fee and €33.35 VAT. I got on to the credit card company who said that they had to let the payment go through.

“There was an option to resell the tickets for €480 on the site. I would incur a loss of €200 in a couple of minutes. I think Peter Kay is very good but not almost €700 good.

And then there is Róisín MacSullivan. She went in search of tickets for a Celine Byrne concert in the Bord Gáis Energy Theatre and used Google as her starting point. She too ended up on Viagogo. She ended up paying €429 for three tickets which would have cost less than €150 had she bought them elsewhere and what made it even worse was that she believed she had cancelled the transaction but was still billed.

We contacted Viagogo and reckon it is worth reprinting the company’s response in full.

“Thank you for your enquiry. Please see a link below to the FAQ section of our website, which should answer most of your questions. We have no further comment beyond these answers.”

The response was signed “Press Office”.

So we had a look at the FAQs and – surprise surprise – it answered absolutely none of our questions. It did not shed any light on how it is that Viagogo so frequently is found very high up in Google searches, something which clearly leads unsuspecting people to buy tickets via the platform when they could be bought much cheaper elsewhere.

Nor did it address our readers’ concerns that they had submitted their payment details and – effectively – paid for their tickets before they saw the final price. Nor do the FAQs go into any detail about what appear to be wildly excessive service charges that are imposed by the company .

So we wrote back and this is what we said:

“Dear Press Office, Thank you very much for your mail. Some people might regard correspondence which is effectively sent anonymously and which singularly fails to address any of the concerns our readers – and Viagogo’s accidental customers – as both rude and dismissive but Pricewatch finds it instructive and probably a whole lot more indicative of how Viagogo does business than you intend.”