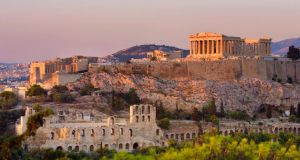 The Acropolis in Athens, Greece. Train services have resumed in the country for the first time since February 2011 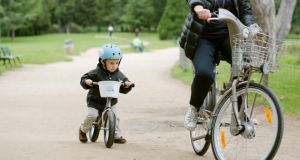 P’tit Vélib, the new bike-share scheme for kids in Paris 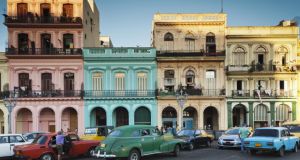 Havana, Cuba, home of Club Tropicana, an open-air nightclub that has changed little since its 50s heyday, when it featured in Graham Greene’s Our Man In Havana.

Greece back on the rails
International train service has resumed to Greece for the first time since February 2011, when it was cancelled due to the financial crisis. You can travel to Thessaloniki daily from either Sofia (seven hours, from €35.60 return) or Belgrade (13.5 hours, from €54.10 return). There is also a regular service from Thessaloniki to Athens (left) .

No more boardingcard nightmares?
Ryanair’s new mobile app will be launched on Monday, and is set to all the functions of the website. It will allow passengers to board flights using an electronic boarding pass rather than printing one out. You will also be able to check fares, make bookings and check-in for upcoming flights and then receive your boarding pass as a scannable QR code or as a PDF attachment in an email.

Passengers who do not have smartphones can still check-in on the website and print boarding passes in the usual manner.

The move is part of an industry-wide shift that may see the end of staffed check-in desks as early as 2015, replaced by auto check-in systems that the International Air Transport Association says will make for “hassle-free travel” and save the industry up to $500 million/€366 million a year. 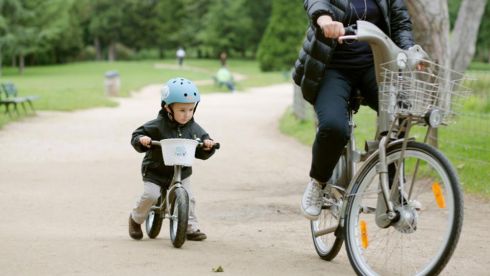 Those pedalling kids . . .
Paris has launched the world’s first bike-share scheme for kids, introducing four new bike types to its Vélib system. Called P’tit Vélib, it includes a no-pedal balance bike for under-fours as well as bigger ones, with or without stabilisers. The new bikes are currently available at seven locations throughout the city and are priced like the regular bikes: first half hour is free, €4 for up to three hours, €7 for the day. See blog.velib.paris.fr

Million euro knees-up
Have a spare €1 million for the ultimate holiday booze-up? If you do (and the price is for two), then UK travel specialists Holidays Please have put together the Ultimate Drink Con- noisseurs’ Holiday, which takes you to 10 countries where you will indulge in the world’s fanciest tipples. How about some Armand de Brignac Dynastie (aka Ace of Spades), the world’s most expensive Champagne at €415,000 a bottle? Or a nice glass from one of 12 ultra-rare bottles of Penfolds Ampoule, an Australian cabernet sauvignon that retails for €138,000? You’ll travel business class and stay in five-star hotels. Of course. See holidaysplease.co.uk

Floating sunglasses
US eyewear company Dragon Alliance has come up with the summer’s must- have accessory: floating sunglasses. The company’s best-selling collection (the Jam) has been fitted with a specially injected frame that stays afloat in any body of water. They cost between €130-140; see dragonalliance.com

Tailor-made city tours
This week marked the opening of the Adler Mountain Lodge, perched 1800m in Italy’s Alpe de Siusi, a Unesco world heritage site. It comprises a central wooden lodge and 12 chalets on the site of the original Hotel Mezdi, built in 1938 just below the Col da Mezdi (Midday Peak). The 30-room property has spa and health facilities and a wraparound infinity pool with sensational views. Room rates start at €210 a head and include meals and drinks, guided skiing, hiking, mountain biking and yoga. See adler-lodge.com

Dolomite delight
This week marked the opening of the Adler Mountain Lodge, perched 1800m in Italy’s Alpe de Siusi, a Unesco world heritage site. It comprises a central wooden lodge and 12 chalets on the site of the original Hotel Mezdi, built in 1938 just below the Col da Mezdi (Midday Peak). The 30-room property has spa and health facilities and a wraparound infinity pool with sensational views. Room rates start at €210 a head and include meals and drinks, guided skiing, hiking, mountain biking and yoga. See adler-lodge.com 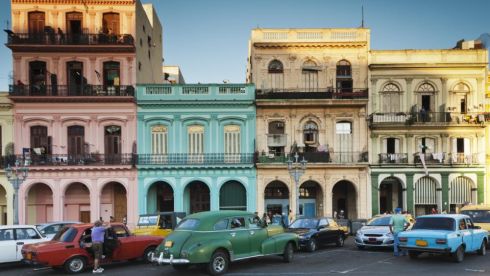 MICRO-GUIDE: Havana
Your 60-second city guide
STAY
Casa 1932 (Campanario 63; casahabana. net; room CUC$20-35) In a city full of casa particulares, this private homestay is like a museum of the 1930s.
EAT
Paladar la Fontana (Ave 3A No 305; mains CUC$13-20) Huge portions of barbecued meats at this renovated villa.
DO
Club Tropicana (Calle 72 No 4504, Marianao) An open-air nightclub that has changed little since its 50s heyday, when it featured in Graham Greene’s Our Man In Havana.

Five hotels in Salzburg
The annual Salzburg Festival kicks off on July 18th, which means two weeks of Mozart for the masses to enjoy. Here are five places worth bedding down in.

Haus Ballwein (Moosstrasse 69a; haus- ballwein.at; double from €60). A handsome traditional guesthouse with a strong rustic charm, nice rooms and a wonderful breakfast. The kind of place Heidi might run if she had gone into the hospitality business.

Haus Reichl (Reiterweg 52; privatzimmer. at; double from €50). Wonderful family- run pension where the owners go out of their way to make you feel at home, including picking you up at the train station.

Hotel and Villa Auersperg (Auersperg- strasse 61; auersperg.at; doubles from €165). Beautiful 19th-century villa upgraded to top-class contemporary standards; the rooftop area has a sauna and a bar, as well as wonderful mountain views.

Hotel Schloss Mönchstein (Mönchsberg Park 26; monchstein.at; double €350- €750) A five-star hotel in a 16th-century castle atop a wooded hill, with sensational views, Persian rugs in every room and even a helicopter service. This is one of the best hotels in Austria.

Villa Trapp (Traunstrasse 34; villa-trapp. com; double from €110) Yes, this is the actual Von Trapp family residence, although it is not nearly as palatial as the film suggests. It’s still elegant, with nice wood-floored rooms and a sweeping staircase for singing So Long, Farewell, Auf Wiedersehn, Goodbye.