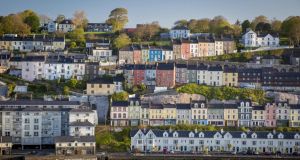 Cork’s harbour town of Cobh has been named one of the 25 most beautiful small towns in Europe by the international travel bible Condé Nast Traveler.

The only Irish town to make the list – sorry, Dingle – Cobh was ranked with Hvar, in Croatia, Interlaken, in Switzerland, and the Cinque Terre village of Vernazza, in Italy, as a must-visit destination for anyone trying to avoid the tourist crowds. Other postcard-pretty spots on the list include Rye, in England, Bled, in Slovenia, and Assos, on the Greek island of Cephalonia.

The Condé Nast writer Caitlin Morton praised Cobh for its rows of candy-coloured homes along the water and towering cathedral standing sentry over the harbour.

The list also refers to Cobh’s popularity with cruise lovers – more than 100 liners are expected to dock there in 2019, bringing an estimated 200,000 visitors – and its links to the doomed Titanic, whose final port of call was Cobh. The town has a museum dedicated to the ship and all those who lost their lives when it sank, on April 15th, 1912.

Once known as Queenstown, after the visit of Queen Victoria in 1849, Cobh was the departure point for 2.5 million of the six million Irish people who emigrated to North America between 1848 and 1950.

Put a spring in your step for running in February
4