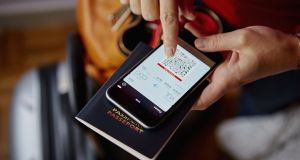 Remember a time when having an airline ticket – a ticket that had all sorts of layers of carbon copies – was essential if you were to get from A to B? Not any more

There can be few areas in our world that have been transformed by technology to quite the same extent as travel. Medical advances have been significant, of course, and the way we consume content is different today than it was 20 years ago but the travel experience today is virtually unrecognisable from what it once was. We look at those changes and how they have changed how we travel.

Online bookings: One of the earliest articles about online booking in this newspaper appeared under the headline “Myth of online travel bargains”. It was published in July 1999 and the author started by saying that “idea of buying air tickets online is pretty attractive” but concluded with the notion that the “ticket sites are terminally kludgy [and] sometimes they are far more expensive than a travel agent’s. Of course there is also the nagging fear of ending up standing in some far-off airport, wailing ‘but the website said my tickets would be at the desk’.” Months after the article appeared, Ryanair launched an online booking platform – a development that merited a single paragraph in this paper – and everything started to changed dramatically after that.

The sharing economy: The first time the sharing economy as it might apply to tourism merited a mention in The Irish Times was less than 10 years ago. Back in 2008, house swapping was the preserve of a dedicated few and the idea that you could just log on to a site to find a couch to crash on was ridiculous. Now, anyone with an internet connection and a spare bed can start making money from their house in the time is takes to boil a kettle. Hardly a day goes by when we don’t get a mail from some start-up announcing themselves as “the Airbnb of car hire/restaurants/pigeon racing” or whatever.

Ticket masters: Some readers may be old enough to remember a time when having an airline ticket – a ticket that had all sorts of layers of carbon copies – was essential if you were to get from A to B. “Tickets. Passport. Money.” That was the mantra of anyone getting into a taxi and heading to the airport. Nowadays you don’t even need to print out your boarding pass as you can have it sent to your phone instead. With debit cards you don’t even need to bring money either. And as phone payments grow more common the mantra will be reduced to a solitary: “Passport.”

Passport, please: Speaking of passports, they used to be such simple things. They are all biometric now, though. A passport issued today will have three biometric images of you – as a photograph, as a laser perforated into the book, and as a hologram. There is also an imbedded radio-frequency identification chip and colour-changing ink.

Got the key: The first time this writer was ever given a credit card shaped hotel room key card – in a swanky hotel in Manhattan that The Irish Times was paying for (good times) – was in the autumn of 1999. With absolutely no idea what to do with it when we were leaving the hotel for a wander, we handed it to a confused receptionist and left. And we were quite miffed when we returned to find it had been misplaced.

Review platforms: It is hard to believe now that there was a time when we had to take what travel agents flogging us holidays said about our accommodation options at face value. Or – worse still – try and make our choices based on the thumbnail pics in brochures. Now we can find out absolutely everything there is to know about where we are considering staying – down to what perfume the cleaners wear – on TripAdvisor. While the site is a haven of malcontents, if you ignore the ranting of those who seem crankily unhinged, then it rarely steers you wrong. And the user-generated pics are always terribly illuminating. And sometimes they are just hilariously terrible.

Paper maps: Gone are the days when you’d be standing like an eejit in some foreign place rowing with your partner over how best to read an oversized piece of paper as it flapped wildly in the wind. Nowadays you let phone do all the work. And if you have an Apple Watch you can plot a course from A to B even more subtly. Tis a pity well never ever ask anyone in Paris “Ou est le Centre Georges Pompidou” again though.

Paper guides: Were you a Rough Guide or a Lonely Planet traveller? Or did you use Time Out? Or were you one of the Fancy Dans that had Fodors as your guide? While the big guide book publishers are still with us, the manner in which their content is consumer is completely different. And they have been joined by all manner of crowd-sourced alternatives that have the luxury of updating their platforms in real time.

Snap that: If you’d said 15 years ago that the still camera and the video camera would soon be replaced by the phone and that everyone would soon be spending their holidays uploading footage of themselves on their holidays so that a bunch of people they didn’t know could post thumbs-up emojis under the pics you’d have been hauled off whatever plane you were on and committed. But it has happened.

The big turn off: There are probably still some people who can go on holidays and not get work emails every day and not log on to Twitter and Facebook for live updates on what is going on with their friends and families - and Donald Trump. But we have no idea who these people are. One of the great joys of going on holidays back in that day was that you could really switch off. There was no way of making contact with home. Now it is virtually impossible to break contact with home.