Tributes paid to chef and critic Paolo Tullio at funeral 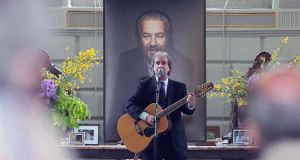 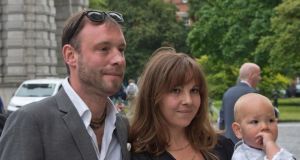 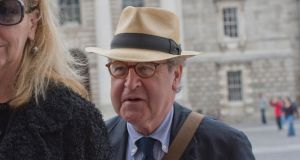 Affectionate tributes were paid to the late Paolo Tullio at his funeral service in Trinity College on Thursday.

Among many speakers at the humanist service in a crowded Examination Hall at Trinity College Dublin was film director John Boorman, a neighbour at Annamoe, Co Wicklow.

“One of the most extraordinary things on this planet was Paolo’s mind,” he said. In Annamoe, “before Google, he was absolutely vital”.

He remembered how Paolo once “said to me ‘I’m unemployable’, and that was not necessarily a bad thing in his book.Then he started reviewing restaurants and one thing led to another.

“Eventually, to his dismay, he was sometimes working up to three days a week. He never let work get in the way of his pursuit of pleasure and the pleasure of friends.”

Sir Donnell Deeny recalled how “in the beginning was the slim, elegant product of an English public school who had come to Trinity to read, bizarrely as it may now seem, legal science. He was much more sophisticated than the rest of us.”

He remembered the story of how, while waiting for a lecturer one morning, a youth from the country said to Paolo, “I hear you use as much energy running a mile as having sexual intercourse”, to which Paolo replied that he didn’t know, as he’d “....never run a mile”.

Mary Finnegan claimed “Paolo loved women and women adored Paolo because he also really liked us... He was “the multi-talented, multi-tasking wife women dream of having”.

Tullio’s wife Susan Morley said they met on the steps of the Dining Hall at Trinity in 1971, introduced by Paul McGuinness. Paolo “ was urbane, he was funny, he had beautiful manners and he was cool enough for me…he was the best man I’ve ever known.”

Daughter Isabella said her Dad “was a wonderful teacher, he made every lesson fun….I got the seal of approval in my early 20s when he sat me down and said, ‘You know something you’re really cool. I really like you.’ That was a landmark for me.”

Son Rocco remembered how, at “at the age of eight he taught me to drive. I would sit beside him and he would make me lean across and steer the car all the way to school...I will miss him terribly, my great father, my great friend.”

Among the chief mourners was his mother Irene.

The service was presided over by humanist Brian Whiteside, with music by Roberto Murolo, Fiachna Ó Braonáin, Ronan Browne and Chris de Burgh.