Lover of rowing and firm believer in non-denominational education 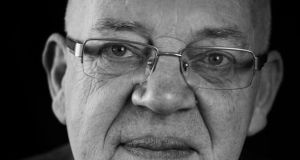 Tom Noble: He and his wife could be described perhaps as symbols of the possibilities of a happier future in the deeply divided south Ulster of the period.

Following journalist Lyra McKee’s murder recently in Derry, it might be tempting to believe there are few, if any, lights in the apparently dark tunnel of Northern Irish society. However, the life of Tom Noble, who has died aged 68, demonstrates clearly a very different way forward.

Noble was the founding principal of Erne Integrated College (EIS) in Enniskillen, now a flourishing co-educational and non-denominational high school. Created in the wake of the IRA massacre in the town on Remembrance Sunday, 1987, it sprang from a coming together of like-minded people of both nationalist and unionist traditions who, following the atrocity, established the county’s first public integrated primary school.

Noble, a former pupil of the town’s renowned Portora Royal School, came from what would be described as a unionist and Protestant background. His parents, George and Jean, lived on the estate of the Earl of Erne at Castle Coole, where George worked as one of the estate’s farm managers. But in 1969, Noble went to study economics at Trinity College Dublin, a development arguably fundamental to his intellectual development, and perhaps inevitably also a broadening experience for a Co Fermanagh native.

A life-long lover of the sport of rowing, Noble became captain of his university’s rowing club, the Dublin University Boat Club (DUBC), in 1972, at a crucial point in that club’s, and Trinity’s, history.

Trinity was undergoing a fundamental and, indeed, ecumenical, change. From being a largely Anglo-Irish and Protestant college, it was rapidly transforming into a university for a more diverse group of people, including receiving a sizeable influx of students from an Irish Catholic background, following the lifting of the ban, in 1971, by the Irish Catholic hierarchy, on such students attending the college.

John Macken, one of the new more “Irish” cohort, described the situation well to The Irish Times, in a message: “Tom recognised this [change] and set about attracting new members with no rowing experience. He went to extremes during Freshers’ Week to identify those with good rowing physiques and ‘coerced’ them to join the club. He then devoted his time to successfully coaching this group.”

The result was a greatly expanded and more diverse membership and, consequently, greater success for the club. Its Senior VIII went on to achieve the modern DUBC’s greatest achievement, the winning of the famed Ladies’ Plate at Henley Royal Regatta in 1977, with a crew notably more representative of the new, emerging TCD than would have been the case 10 years earlier.

Noble’s open-mindedness in this matter did not just extend to sport, but, very colourfully, to his studies as a student.

This liberality of vision informed, undoubtedly, his decision to apply in 1994 to become the first ever principal of the EIS after many years as a teacher of mathematics and economics at his old alma mater, Portora, to which he had returned, after a brief flirtation with accountancy, in the mid-1970s.

He married Mary Cafferty, from a Catholic family of hoteliers in Co Cavan, in the late 1970s. Noble and his wife could be described perhaps as symbols of the possibilities of a happier future in the deeply divided south Ulster of the period.

Noble showed his absolute commitment to EIS from the very start. Having already resigned from his very secure job at Portora at the age of 43, right up until the night before the opening day of the school, he and his colleagues did not know if they would have the requisite minimum of 60 pupils necessary to attract government funding and, hence, viability for the project.

After considerable difficulties, including having to house the school in a disused nursing home before funding could be secured for a purpose-built campus, he went on to lead the school until his retirement in 2011, and thereafter continued to serve on the board of governors until his passing on March the 30th last.

Paula Butler, another founding teacher at EIS, speaking at his (perhaps noticeably) secular funeral, may have caught Noble’s essence when she noted his “great faith in humanity” and that “he had …an inbuilt clarity of values that ministered to all our needs. From the outside Tom looked like … a dignified gentleman who didn’t rock the boat … but there are other ways to make waves, and he did.”

An enduring legacy of both his love of rowing, and also of his deep commitment to non-denominational education, is today the Enniskillen Royal Rowing Club, based at Portora, where all of the secondary students of Co Fermanagh today row together. A new boat at the club and a new sports building at EIS have both recently been named in his honour.

Tom Noble is survived by his widow, Mary, his children, Gareth, Gavin – who represented Ireland in Triathlon at the Olympic Games in 2012 – Marie-Claire, Mark and Sarah-Louise, and by his siblings, Cecil and Pamela.