Remembering the owner of the Royal Hotel Belmullet and storyteller supreme

Family Fortunes: Settling back in his chair, Jack would regale us with stories from the past 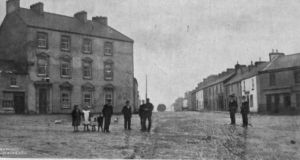 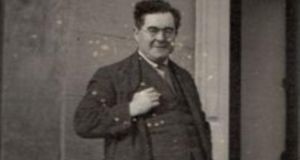 Remembering Jack, the owner of the Royal Hotel in Belmullet, Co Mayo.

During my young days the Royal Hotel stood three stories tall on the Square in Belmullet. Its owner, Jack, a bespectacled, portly gentleman was my father’s cousin. In its heyday, lots of prominent people stayed there – priests and politicians, artists and playwrights. and members of the judiciary. Jack entertained them all. His modulated accent and wry sense of humour made him a natural storyteller.

When we, as children, visited, Jack sat in his dining room. The walls of this low-ceilinged, cosy room were peopled with portraits of past generations. A sideboard with an array of silver and jars of sweets sat under the lace curtained window and, taking centre stage, was a large armchair. Jack filled this chair, a watch chain strained across his waistcoat, rimless glasses covering his twinkling eyes.

A door led to a public bar from where he would order lemonade for us. Then, settling back in his chair he would regale us with his stories from the past. He did not tell us about the important people who visited the hotel – De Valera, Countess Markievicz, Jack Yeats – they would have meant nothing to us anyway. Instead he amused us with stories of his schooldays in Clongowes Wood College and how his grandmother would send a goose all the way from the far west on special occasions. However, my favourite story of his was about his visit to a very different school.

One of the hotel guests – a schools’ inspector – asked Jack to accompany him to Iniskea Island, off the Mullet Peninsula, to inspect the little school there. While waiting for the boatman in Blacksod, the pair retreated to a local hostelry.

By the time they reached the island – in high spirits – the village school was closed. As the population was clustered in houses near the beach, children and teacher were rounded up. Jack sat at the back of the class where he enjoyed prompting a nervous child or two.

I visited Jack for the last time in the mid-1970s in his bedroom overlooking the Square. The ancient wallpaper was faded and peeling off the walls. Red velvet fabric lined the wall between the mahogany bedposts of a large bed.

Here, propped up in all his faded glory, this jovial old man was telling the last of his stories. The hotel is also gone, having made way for the demands of modern commerce.