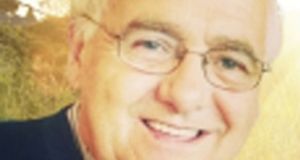 Tom Hennessy lived a full life on the family farm in Kilfinane.

Tom Hennessy was the fifth son in a family of 13 boys born to Julia and Edmund Hennessy at Ballyriggan House, Kilfinane, Co Limerick. He lived a full life on the family farm but rarely ventured beyond Kilfinane throughout his 72 years.

Only Tom seemed interested in being a farmer so he inherited the 150 acres. “He enjoyed farming and worked hard all his life,” recalls his brother Eugene. “He never left.”

With up to 60 Friesian cows to be looked after and milked daily, as well as pigs and poultry, it was a life-consuming job. He supplied milk to the local creamery.

He was “lively, always the centre of attention and a very hard worker in his youth. You couldn’t keep up with him at all. He was physically very strong,” says Eugene.

Outside of work, sport was his thing, particularly hurling, at county and especially at the local Blackrock club. And Munster rugby. “He was mad about hurling and wouldn’t be the best man to go to a match with,” says Eugene, “He’d lose the head.”

In 1999 Tom suffered the first of two hard blows. Following a triple bypass he got rid of all the livestock and had the farm planted with trees. Then in 2003 Agnes, his wife of 17 years, died of cancer. She was 49 and also a Hennessy, from Kilkenny. They had no children.

As niece Joanne puts it: “Fortunately Tom fought hard and graced us with almost another two decades worth of treasured memories.” In the latter years he was greatly helped by “care and support from my aunt Margo”. It was “an open house”.

There were “only two conditions while under Tom and Margo’s roof – not to be ‘too’ sensitive, and that there is no such thing as a free lunch! Tom always had new projects to begin.” There was also “his unwavering wit”, says Joanne.

“He looked after us all over the years and will remain a prominent character in our most cherished memories. He will be best remembered for his mischief and humour, his generosity and kindness and his sheer work ethic,” she said.

Tom Hennessy died on April 2nd, a day short of his 73rd birthday, and not long after admittance to University Hospital Limerick. “We didn’t get to see him at all,” says Eugene.

“He died at 6.15 in the morning and was buried by 3 o’clock that day. He was brought direct to the graveyard with prayers only before the burial. Just the family was there,” recalls Eugene. “We’re hoping to have a Mass but, with no coffin, it won’t be the same,” he says.

Tom Hennessy now rests with his late wife Agnes, his parents and late brother Jim in Kilfinane cemetery. As well as Eugene and Joanne, he is missed by his sister-in-law Margaret, brothers David, John, Bill, Frank, Tony and Bernie, sisters-in-law, other nieces, nephews and a wide circle of friends.