Michael Harding: It was only when the couple spoke about Russia that I saw behind their masks 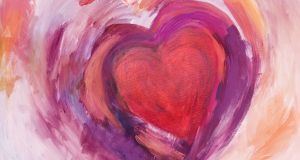 At the wooden table in the kitchen the next morning they sat like a king and queen who had found paradise. Illustration: Getty

The first man I ever heard speaking about his partner as “the beloved” was a Russian in Chicago. He was an enormous man, a soft-hearted, chubby actor wearing a leather jacket and gloves as he welcomed me at the airport in an old Toyota. He and his wife had agreed to accommodate me in their apartment for a few days.

I didn’t even know him. But I had an American friend who knew him, and the Russian told her that any friend of hers was his friend too.

So he squeezed me like a bear squeezing his dinner, and led me to his car, chattering endlessly about his “beloved” Marina.

“She is cooking soup for you right now,” he declared.

All through the traffic from the airport, it felt like we were going to meet a queen.

He spoke the words “my beloved” with such devotion and sensual pleasure that I thought he was sucking a sweet.

And when we arrived in a yard outside the apartment block, he pointed up at a window and said: “Look, there she is now; she is taking some spices from the shelf to put on her chicken; isn’t she amazing?”

Her chicken soup was indeed delicious, and she showed enormous interest in my life as we dined. Although Cavan didn’t come out of the conversation very well.

“Did you go to the opera in Cavan when you were growing up?” she wondered.

“And where do you live now?” she wondered.

“A place called Arigna,” I replied.

She savoured the word for a few moments.

“Arreegona – ez that in Spain?” she wondered.

“You have not travelled far,” she declared.

“I will go and make the coffee,” she added, and left the room. She too was well built, and when both of them sat on the couch together the seat sank to ground level. They held hands constantly, although they slept in separate beds. Considering their size, I suppose it may have been a practical issue.

But that night she went to his room and I was directed to her bedroom; a privilege that may have been offered with the hope that I might decline.

I felt I was an intruder, sitting on her duvet, with a large furry frog on her pillow, and all her jewellery scattered along the dressing table beside me. It’s no wonder I couldn’t sleep.

Halfway through the night I ventured out to the bathroom and found her on a sofa in the lounge.

“His bed is too small,” she muttered as I passed. I insisted she go back to her own room and I remained on the sofa.

The city was windy and I thought I heard trees banging against a windowpane. It sounded like the fluttering of a wild bird. And there was a bicycle in the hallway, a piano in the corner of the lounge, and an orange parrot in a cage above the fridge. And a book by Dostoyevsky on the toilet cistern.

At the wooden table in the kitchen the next morning they sat like a king and queen who had found paradise. She wore a duvet like it was an ermine robe around her shoulders. And they told me to be careful of the parrot.

“He eez vicious,” she declared. “He tries to pluck out the eyes of our guests, if he gets jealous. And we leave the cage door open at night so he can fly around.”

I realised it wasn’t trees I had heard during the night. When I told them I had been at the fridge to get water, they screamed with laughter.

“You are lucky you still have your eyeballs,” she said.

But it was only when they spoke about Russia that I saw behind their masks. When I mentioned the poet Brodsky, or the composer Rachmaninov, or the music of Orthodox monks, they became so still that I feared they might disappear and I would end up alone with the psychotic parrot.

Their pain at being away from home for so long was enormous. They weren’t just immigrants in America. They were exiles from someplace that was still home. And the only thing they had in the end was each other.

“And she is my beloved,” he whispered.

‘I have become a shouter, and I am worried it is damaging my children’
10