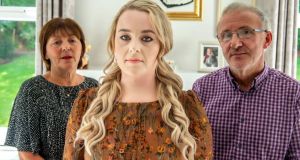 In the moonlight Sinéad O’Leary’s footprints would linger in the sand for a moment before being washed away by the lapping sea. On a Costa Rican beach, where she worked with a charity assisting endangered animals, she would gather turtle eggs, alone in the silence of the night, alone with her thoughts.

“I went there to find peace. To get away from people,” she tells me in her rented apartment in Cork.

And, she says, she did find peace, but only years after a most brutal unprovoked attack that left her fighting for her life – and her friend Nichola Sweeney dead on the floor of her bedroom.

Now, 17½ years on from that horrific attack in 2002 at the then Sweeney family home in Rochestown, Sinéad O’Leary says decisions taken by the Minister for Justice and the Parole Board are traumatising her all over again.

Peter Whelan has never showed one glimmer of remorse. Even after the attack he said to gardaí, on learning that I was still alive, ‘I’m just sorry I didn’t do more’

Now, just six years into the sentence for murder, Whelan has recently been approved for three-monthly supervised day releases.

Sinéad, and Nichola’s family, cannot believe such a move could even be considered so soon into the life sentence. They dread the possibility of seeing Whelan walking down a nearby street.

“Peter Whelan has never showed one glimmer of remorse. Even after the attack ... he said to [gardaí] on learning that I was still alive: ‘I’m just sorry I didn’t do more,’” says Sinéad. She and Nichola’s parents, John and Josephine, fear Whelan is being readied for release from Wheatfield Prison on a permanent basis.

The two young women were unknown to Whelan. Nichola had moved to Cork from London when she was 16 with her family.

On her return from her part-time job on the evening of Saturday, April 27th, 2002, Nichola planned a quiet night in with her friend Sinéad, who had also recently moved back to Cork from London. Nichola’s parents were in London and her siblings were not at home.

Whelan, then 20, had been thrown out of a nearby bar after he attempted to attack a barman with a glass ashtray.

Later, the two friends decided to head into town for a night out. At 10.55pm Nichola was in her en suite bathroom finishing her make-up. Sinéad was sitting on a bed curling her hair.

Suddenly a man appeared at the doorway to the bedroom. Sinéad sensed the intruder was dangerous but didn’t have time to react. He unleashed a ferocious attack on her with a flurry of punches.

Whelan lifted his hoodie to reveal two knives. He repeatedly stabbed Sinéad O’Leary – so ferociously that one of the knives broke.

In February the Sweeney family found out, at just 24 hours’ notice, that Whelan was to be released the next day back to his native Cork for a day visit

Nichola begged Whelan to stop before he lunged at her. When she fled into the bathroom, he kicked his way in and stabbed her 11 times. She died in her bedroom, stabbed through the heart.

In the mayhem Sinéad, who had been stabbed 20 times in her upper arms and shoulder area, managed to escape downstairs. She locked herself in a bathroom and waited in the darkness until Whelan fled the scene.

When the emergency services arrived Whelan, who had returned home to change his bloodied clothes and clean himself up, gathered on the road outside the murder scene with other neighbours. Apparently calm and composed, he gave gardaí directions to the house.

A severely traumatised Sinéad gave a perfect description of the attacker, and the gardaí immediately recognised Whelan.

“The last 17 years have been consumed with continuous appeals, which have been very distressing and stressful for all of us. He’s already had four parole hearings – but has only served six years for the vicious and evil murder of our lovely girl,” says Nichola’s father, John.

“We met with Charlie Flanagan as Minister for Justice in 2018 and he told us he would do nothing to favour Whelan – but unbeknownst to us [Whelan] already had been out on a day visit in August 2017 and on a number of occasions since. The Minister would have had to approve those visits. We feel totally deceived.”

In February the Sweeney family found out, at just 24 hours’ notice, that Whelan was to be released the next day back to his native Cork for a day visit.

Three prison officials must supervise Whelan on the day releases from Wheatfield prison in Dublin to Cork, remain with him during his time in the city, and return again.

Last week Whelan was issued with a day release on compassionate grounds to attend his mother’s funeral. The Sweeney and O’Leary families say they fully understood the reason for day release in those circumstances.

Sinéad O’Leary feels the State is disregarding the pain of the victims and their families and putting her life in danger all over again.

“The Minister of Justice and the authorities have made me feel very vulnerable. How can it be just that we have to live in fear of running into Whelan? If he is released then I will have to leave Cork again unless an exclusion zone is made lawful.”

This is not a gangland killing in Dublin; this is in a completely different realm. The thought that he would be back on the streets again fills us all with sheer dread

In a statement on the case released this week, via the Department for Justice, Minister Flanagan said: “It is very important not to conflate very limited day release under escort and supervision with the release of an offender on parole. They are not the same thing.  And it does not necessarily follow that escorted day releases lead to release on parole in the short or medium term.”

However, John Sweeney tells the Irish Times that the families are not reassured by the comment: “We’re not conflating anything, we are not confused, we can see clearly where this is going. That the day releases are a precursor to a future full release on parole. The reassurances from the Minister are very hollow to us based on what we were already promised in the past.”

Eleven prisoners serving life sentences were released after a Parole Board review last year, more than a doubling of the number five years ago.

The Sweeney family points out that only six-years of the life sentence for Nichola’s murder have been served. They are calling on the Minister to ensure Peter Whelan is not considered for release until he has served the current 18-year minimum life sentence.

John Sweeney says: “The likes of Peter Whelan should never be considered for release back into society. This is not a gangland killing in Dublin; this is in a completely different realm. The thought that he would be back on the streets again fills us all with sheer dread.”