‘Like many other victims of suicide, he simply fell through the net of care and love around him’

Michael Harding: Yet another fine young man falls victim to the scourge of suicide 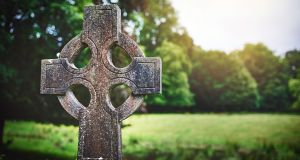 Where are all the flowers gone, long time passing: ‘he was only days away from his 21st birthday when he went out alone on a wet Thursday night intending never to come home.’

I was at a country funeral recently; a ritual as potent as a collective hug. The entire community squeezed into the church and gathered around the broken mourners, draped in black clothes, as they sat frozen and bewildered, in the front pews.

I was outside when the hearse arrived, with a huge crowd standing in the rain.

Burying the dead is not a private act in rural Ireland. The grief is public even when the deceased is another young man fallen victim to the demons of depression.

Or maybe I should call him a boy; because he was only days away from his 21st birthday when he went out alone on a wet Thursday night intending never to come home.

He was a young farmer, who loved his sheep and was out and about on the land no matter what the weather. An ordinary country man who could be seen often in Drumshanbo Mart on Thursday evenings, or in the pub at the weekends, expansive and cheerful with his companions.

I don’t know. But it’s a pity that like so many other victims of suicide, he simply fell through the net of care and love that was around him.

He was only a boy; a child, eager to live. He learned to walk before he was two years old. He always wanted to be a farmer. He had a girlfriend whom he cherished, and he missed his father who died some years earlier.

But yet who can measure the terror that comes in the night when someone falls into depression. The fear that grows in the swamp land of the soul, when demons of negativity and despondency afflict a human being.

Like hundreds of others in rural Ireland every year, he was so frightened of the dark that in the end he could only think of surrendering to it. And like a frightened child he even told people about what he feared would happen. And then it happened.

He would have been 21 last Tuesday but they arranged the funeral for Monday, so that his mother wouldn’t be forced to bury him on his birthday.

Just after communion a young, slim youth, a friend of the deceased, stood up and positioned himself right in front of the altar, facing the coffin, and he sang his heart out.

He had no accompaniment, and his voice negotiated the melodies like a sean-nós singer drawing as much meaning from the phrases as was possible.

He sang Leonard Cohen’s Hallelujah, and Raglan Road, and finally he rendered Amazing Grace with such raw personal emotion that the congregation applauded.

The priests put away the communion bowls in the tabernacle and in the ensuing silence I could feel the peace that often surfaces in the aftermath of a meaningful ritual.

It lashed rain in the churchyard and the dark oak coffin was splattered so fiercely that one devout lady whispered in my ear that she felt the Mother of God was in the vicinity, weeping for her own child. Such is the lyrical imagination of country folk.

In rural Ireland, that’s life; funerals are part and parcel of every ordinary day

Neighbours stood around and young boys and girls cried and one old man with white hair looked stoically at the grey clouds, saying,

“He had the makings of a fine man.”

“It’s a terrible thing,” I replied.

But he just nodded and said, “but sure that’s life”.

And it’s true. In rural Ireland, that’s life; funerals are part and parcel of every ordinary day. There are graveyards in Leitrim, Mayo and Roscommon and on the edges of every small town in Ireland that open wide the earth for such weekly tragedies; and where people cling to each other in the face of death’s conundrum.

People wonder why so many lovely boys lose the war with depression and why so many mothers are robbed of the joy that comes from small things; like birthday cakes and parties and warm tight hugs; things that this dead boy can never do again. But there is no adequate answer. And not even an entire church of mourners can compensate a mother for that loss.