Prof Luke O’Neill: ‘We are now in the middle of a sixth extinction’

Sound Off: Humans are killing off other species 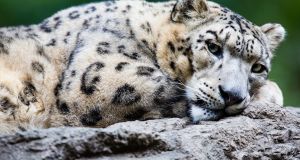 The chance of God getting fed up and ending the universe is remote. Life did however almost became extinct on Earth five times. A gamma ray from a distant star 500 million years ago killed off 70 per cent of life. A meteorite 66 million years ago wiped out the dinosaurs. We are now in the middle of a sixth extinction but what makes it so disturbing is that we humans are the cause, killing off our brothers and sisters in DNA at an enormous rate.

If you’re a snow leopard, blue whale or baobab tree, it’s time to get your affairs in order. The World Wildlife Fund has reporteda drop of 60 per cent in the numbers of vertebrates between 1970 and 2014. The rapid loss of species is estimated to be between 1,000 and 10,000 times higher than the natural extinction rate, all caused by humans. Some 99 per cent of currently threatened species are at risk from human activities – population growth, consumption and most egregiously human-made climate change.

We’re all descended from the cell that arose on Earth by evolution at least 3.5 billion years ago. We’re all related and need each other. Something that might shake us up is a study led by ecologist Felicia Keesing, showing serious illnesses caused by Lyme disease, West Nile virus, and 10 more have become much more prevalent as local biodiversity shrinks.

What can we do? We need our politicians to lead us, we must keep challenging them. US president Donald Trump says that scientists who “believe” humans are affecting global climate have “a political agenda”. It’s not a “belief”. The evidence comes from many thousands of measurements of CO2 from sites across the world. Make a conscious decision to only buy products from renewable species. To paraphrase Bob Dylan: ‘How many deaths will it take ‘til we know, that too many species have died?’ Instead of being afraid that the end of the world is nigh, we should be ashamed.