My misanthropic father would have embraced social distancing

Hilary Fannin: At what point did Irish people get over proximity and repulsion? 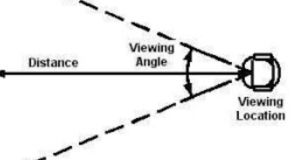 The usual social choreography of the leaning in, the whispering and murmuring and the laughter are no longer available.

My late father was a humorous, artistic, vaguely misanthropic man who was entirely selective about the social mores that governed his world. He abhorred brashness, bad table manners, the Catholic hierarchy, income tax, nationalism and cruelty to animals.

Utterly at home with drink and adultery, however, he also had an almost reverential respect for club-tie men with money – that elusive beast – in their reefer pockets.

For example, the letter H (which, unfortunately, was also my nickname for many years) was an unexploded minefield of elocution. The only articulation of the letter that he’d tolerate was “aitch”, as opposed to “haitch”. Similarly, the word “film” could never ever be pronounced “fillum”. Consequently, if some young whippersnapper phoned the house to ask if Haitch wanted to go to a fillum, Aitch would be highly unlikely to receive the message.

Hypersensitive to displays of sentimentality or outbursts of camaraderie, and almost neurotically alert to people invading his personal space, he naturally held himself at a slight distance.

A tall man, almost completely deaf in one ear, a selection of felt pens and a faded silk handkerchief in the top pocket of his tweed jacket, he is still easy for me to picture. I see him now in my mind’s eye, in a dark bar, leaning back slightly from the conversation, pipe in one hand, a glass of red wine shimmering on a wooden counter top, his pursed mouth vacillating between irritation and amusement.

As a child I diligently attempted to embrace my own chagrin around the invasion of personal space. I thought it was desperately romantic and extremely interesting to be thoroughly repulsed by other people’s proximity. But it’s hard to keep an alluring distance when, for example, you’re playing dollies in your best friend’s wigwam. And harder still to maintain reserve when you get older and find yourself magnetised by certain faces, certain people, drawn into those powerful, aching, all-embracing moments in the big mad ferment of your life.

I was thinking about my father the other day when, for the first time in a long time, I found myself catapulted into social engagement at a modest enough outdoor 60th-birthday party for an old friend, who inexplicably seemed to have clocked up another decade while I was queuing for a round.

Social distancing is one thing when you’re standing in line outside the supermarket, quite another when you’re milling around among the flowering begonias, talking to a man you haven’t seen for a long time about his morning YouTube yogalates routine.

I didn’t know where to put myself, as the saying goes. The usual social choreography, the leaning in, the whispering and murmuring, the laughter, the kissing hello and hugging goodbye, and all those other casual encroachments we make on each other in the uneven whirl of friendship and acquaintanceship, are no longer available.

I found myself doing a silly little self-conscious self-hug thing when I saw someone I’d missed. It was an oddly supplicating gesture that tried and failed to communicate affection in a world framed now within the wimple of contagion.

I can’t remember when we finally freed ourselves from the social constraints so important to some of my father’s generation, or when exactly we managed to unpin our arms from our sides and start behaving like frothy Europeans.

Back in the monochrome days of the 1960s, when some of us were learning the ways of our world from behind the bars of our playpens, things felt decidedly less enthusiastic. Back then, it felt as if we were obliged to get blind drunk, stumble around a field of rocks, pole-vault over a wet bog and spend a night in a confessional before we could utter the most simple words of affection.

Now I hear those words sung into mobile phones and across frozen-food aisles with joyous abandon. God almighty, I almost said something stupid to the butcher the other day when he went out the back to make me up half a dozen chicken kebabs. Who knows what might have transpired if he hadn’t run out of lamb koftas?

(PS: In last week’s column I took the ancient cat to the vet. Some of you have been wondering how she’s doing. She’s absolutely fine! Just a little gummy-eyed and senile . . . comes to us all . . .)