Lives Lost to Covid-19: She kept extensive diaries filled with insights into her childhood 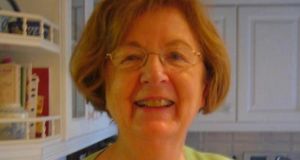 Berna Lee: Spent 50 years in New York, where she married and raised a family

A writer and poet with a sharp mind, great wit and deep intellect, Berna Lee used her gifts to express her life in her own words.

Born in Dublin’s Rotunda Hospital on February 2nd, 1932 and brought up in Clane in Co Kildare, Berna would later keep diaries reflecting on her childhood in Ireland before she moved to New York aged 17.

“The name given to me was Brigid Bernadette Lee; Brigid in memory of my maternal grandmother, who died before I was born, and also because I was born the day after St Brigid’s day. Bernadette was given to me because I was baptised on February 11th, the feast of our Lady of Lourdes, ” she wrote in a diary discovered by her nice Laura in recent years.

She was known as Berry as a child, but the nuns at the local convent decided this “wasn’t a proper name” and, given that Bernadette was too long a name for a girl, they shortened it to Berna, she wrote. She loved school but found the nuns were very strict.

“As I learned to write it was discovered I was left-handed. This wasn’t allowed and it caused me a lot of embarrassment and pain as I struggled to be like everyone else.”

In a poem, Berna would later write: “It’s incomprehensible/ How something that’s so natural/ Could be thought as reprehensible/ It doesn’t seem quite right.”

Berna loved to read and recalled how she devoured any book or magazine she could find. Her mother told her reading before noon was “a lazy habit” and restricted reading until after lunch. “I have since learned that while she was a lovely, wise woman, in this she was mistaken,” wrote Berna.

In 1949, when she finished school, Berna moved to New York to live with her aunt in Brooklyn. A report from the Leinster Leader at the time noted: “Among the passengers to embark on board the Pan American Constellation ‘Mayflower’ was Miss Bernadette B Lee, daughter of ex-garda Maurice Lee, Clane, Co Kildare.”

Berna spent the following 50 years in New York where she married and raised two children. When she retired she returned to Ireland where she lived in a small apartment attached to her brother’s home in Clane. Berna enjoyed 15 years of active retirement, joining a writing club, participating in writing weekends and practicing yoga and pilates. She loved taking the bus into Dublin where she would visit the galleries and libraries and meet friends for coffee.

“She often wrote about Grafton Street and Bewleys,” recalls Laura. “She was a bookworm and had loads of scribbles at home. I loved the way she wrote, she was a source of knowledge for us all.”

When Berna moved into the Craddock House Nursing Home in Naas three years ago Laura discovered numerous poems and diary entries as she cleared through her aunt’s belongings. “We put together a book of her poems so we could read them to her when we visited. She wrote more recently that she didn’t feel fulfilled at the end of her life, she felt trapped in her dementia. But she was looked after so well in the nursing home, she was so comfortable and was never aware that she was sick or dying.”