There are five basic ‘love languages’: here’s how they can help you relate to your partner 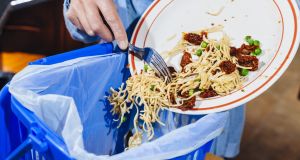 According to the Five Love Languages, people can express love in different forms. Photograph: iStock

Perhaps your partner is a gift-giver who often spots things they think you would love, from a funny-shaped leaf to a rare first edition, but is hurt when you don’t seem that grateful. Maybe you painstakingly undertake DIY around the house, but it goes unnoticed. There is a strong possibility that you and your partner see these acts completely differently.

“Actually, maybe what [your partner] wants is for you to tell them you love them,” says Kate Moyle, a sex and relationship therapist. For example, she says: “One partner thinks: ‘We’re going to spend the whole weekend together, quality time, I’ve organised something fun to do together’, but there isn’t enough physical touch for the other partner. That might not even occur to the partner for whom that isn’t their primary love language.”

According to the Five Love Languages, written by Gary Chapman, a Christian pastor and relationships counsellor, we each have a “language” in the way we express and would like to receive love and affection. The book was first published in 1992 and the relationship therapists I speak to still use its ideas.

“Talking about love languages is a really good way for people to talk about how they need to be loved,” says Simone Bose, a relationship therapist and spokeswoman for Relate. “I find that when there is conflict with couples, or they feel the intimacy is not there – they might say: ‘You don’t show me love’ or ‘You don’t show me appreciation’ – and that’s a good time to bring this into the conversation. How do you like to feel appreciated? How do you like to feel loved? Because appreciation and love can feel quite similar when you’re in a long-term relationship. How do you feel seen?”

According to Chapman, there are five basic love languages: words of affirmation (such as saying to your partner “I love you”, or paying them compliments); quality time (phones away, television off, undivided attention); receiving gifts; acts of service (such as making a nightly hot-water bottle, or taking on the household jobs you know your partner dislikes); and physical touch. Chapman believes we have a “primary” love language (there is a questionnaire on his website), and he notes that, in his experience, couples seldom share the same one.

Moyle says this idea can be helpful. “I think it’s a clever concept because it’s so simple and so relatable,” she says. “Understanding your primary love language and your partner’s can break through that communication barrier – and we know the communication barrier is the biggest, most common issue in any relationship in terms of misunderstanding.”

The framework, writes Chapman, can also improve and illuminate all kinds of relationships, such as those with our parents, children and friends, if we work out what their love languages are.

Moyle says she recommends that most of the couples she works with look at the idea of love languages. “We’re all individual, all have our own backgrounds, our own stories, so it’s understandable that we’re not all going to show love in the same way. It can really help couples to move through an impasse if they are feeling misunderstood, or if they feel they are trying really hard, but not getting anywhere. It’s a tool for helping us to understand each other better.”

One person might feel they are showing their partner love in the best way they know how – they are the ones who change the bed linen, or plan the holidays, or make time to listen – but the other person might not appreciate it, or even notice. “That’s when this conversation is really good because you find out that they would prefer to be told – they will say: ‘You never tell me that you love me,’” says Bose. It could be as simple as telling your partner what is most meaningful to you, though this isn’t always easy. “I find that people feel quite vulnerable about saying these things – they don’t want to appear needy.”

It may be difficult for a partner to provide more of what the other would like; in some cases, it might mean having to rewrite everything they think they know about affection – lessons from observing their parents’ relationship, the love they were shown in childhood, the norms of their culture, and what they have picked up from books or films.

Chapman acknowledges that physical touch may be particularly awkward for someone who is not naturally tactile. He recommends starting small: “Begin with small things such as putting your hand on her shoulder as you pour a cup of coffee,” he writes. If giving “words of affirmation” feels unnatural, he advises making “a list of statements you hear from other people or that you read or hear in the media” and practising saying them in front of a mirror.

“Explore [your partner’s] past and see if that’s something that comes naturally to them,” says Bose, when asking your partner to consider showing love in a different way. “Is there something that’s holding them back? Delving into the past and family ‘scripts’ is helpful because it helps people understand. ‘I didn’t get that when I was a child – we didn’t use words of affection – so, for me, that’s not natural. This is a new pattern I’m trying to develop for you.’”

Although it might sound a little clinical, Bose says: “A lot of the time, it’s about building new habits. Be more conscientious of your actions when you’re around your partner, get better at reading them if they look like they could do with a hug or kind words.” And be mindful of how your partner may be showing you love. Maybe they like buying gifts, even if you’d rather they didn’t. “Allow them that space to express themselves without dismissing it.”

Bose finds that, although it was a good way to get people talking in counselling sessions, many people wouldn’t find they had a “primary” love language, but were fairly split across them all. This has been one of the criticisms of the idea. (I tried to find my own love language and decided all of them would do nicely, but perhaps I’m just greedy.)

“There’s an argument to say all of them are needed and at different times, and to different extents depending on the person,” says Sarah Calvert, a sex and relationship therapist. Although Chapman, the originator of the idea, believes they tend to be fixed throughout our lives, Calvert says: “I always think [they] might be situational. Sometimes your partner might want words of affirmation, but if they are in the middle of a crisis, they might appreciate acts of service more at that point.”

Chapman does acknowledge that certain situations make love languages other than the primary one “more attractive”. Calvert says that, while the idea is useful in “trying to attune to your partner, you need to go deeper. It’s not just about [love languages], but their feelings on lots of different subjects – fears, expectations, dreams, all of those things.”

Any couples counsellor will tell you communication is key to a healthy relationship, and even the most sceptical would agree that exploring the love languages can spark a deeper conversation. In day-to-day life, trying out the theory needn’t require a huge amount of time, effort or expense – even those who love to receive gifts appreciate the thoughtfulness, rather than the money spent.

Prioritise and create quality time with your partner and be aware of physical touch (not sex, necessarily; for a partner whose primary love language is touch, Chapman recommends sitting close to them while watching TV, or a brief touch as you walk through the room). “It can be something simple like taking the bins out or putting everything away,” says Moyle.

“It’s not necessarily huge statements. A lot of the time it’s about the little things. Saying thank you, showing someone you appreciate them. We are busy and often preoccupied, so these are things that tend to fall out of sight.”–Guardian