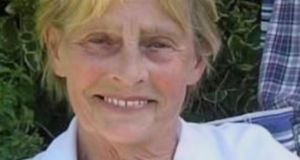 Lilli Barker taught adults literacy skills until she was nearly 80 and also remained an avid tennis player, playing four or five times a week with neighbours. It was in her late 50s when, having reared her five daughters, she began working outside the home. Then she spent years at the EBS head office in Dublin working as a cleaner and in the canteen.

It was while there she began teaching literacy skills to adults at the Larkin Centre on Dublin’s North Strand.

One of eight children, two of whom died in infancy, she was born in 1929 at Dublin’s Marino but in her early years lived on the North Strand, then Crumlin and Whitehall, before she and Stephen Barker married in 1957 and settled in Santry.

Times were hard when she was a child but she remembered them fondly and used to say there was always laughter, a trait she herself carried to the end.

She loved being married and a mother, and would recall how, when younger, she and a friend used say that if they could get married they would tie bows around the sausages for their husbands.

The first 30 years of her marriage were spent at home raising the five girls, making their clothes, taking them to school, baking, cooking, cleaning. Lilli seemed to be forever wallpapering, painting and making curtains. She was a remarkable seamstress, making all the girls’ clothes, even wedding dresses. Her sewing machine seemed forever on the go, once the dinner was cleared away.

The girls were among her best friends, no doubt helped by a shared zest for life, travel, music and dance. She and they were even known to dance in the kitchen on Sunday mornings to the Lambeth Walk.

In her mid 80s Lilli Barker developed dementia and spent her latter years in a nursing home. Towards the end of March last she became ill with Covid-19 and died on April 7th. She is survived by daughters Lorraine, Sharon, Ali, Ruth and Wendy, as well as grandchildren, great-grandchildren and the wider family.