International Men’s Day: Do we need a men’s movement and other questions 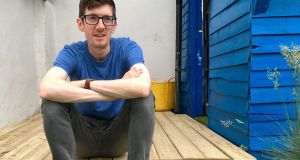 Finian Murphy: “The women’s movement and feminism continues to bring about a fundamental shift in opportunities. Men should be inspired by this revolution.”

This Monday, on International Men’s Day (IMD) on November 19th, we will be encouraged to celebrate men. I’ve never been a fan of this day after all we have 364 other days of the year which favour us men. It’s old news but it bears repeating that men hold the majority of power in governments, business corporations, media companies, religions and almost every Irish organisation you can mention.

However, this year IMD is focused on positive male role models so perhaps this is a good time to explore exactly what one of those looks like.

Women’s role in Irish society has fundamentally shifted, but the evolution of men has been slower. In the last few years I’ve become increasingly curious about the definition of manhood. I have been speaking to men about this as part of a project, An Fear Eile. What I’ve discovered from speaking to people who are working with men of different ages in different fields, is that many men are struggling with a meaningful role in life.

These are some of the key questions we’ve been asking ourselves and other men which are worth contemplating in the run-up to IMD.

Are we anything more than a job title?

The question of whether women can “have it all” continues to be a heated debate. While our culture expects women to juggle the majority of household work, childcare and their career, the default expectation for men is to simply work hard, earn well and where time allows, spend it with family.

Even with more women in employment than at any other time in history, we still tend to define women as carers and men as providers. Why is this?

I’ve spoken to men recently who are lost in jobs they know pay the bills, but ultimately provide little life satisfaction. They are climbing up career ladders while having little time for other passions in their life. Many men reach a point in life where they wonder why they spent so much time in the workplace and not with the people they love including their children.

Are we really addressing our mental health?

For nearly a decade, particularly during years when the recession impacted on men’s economic status, there has been a growth in the number of conversations about mental health. Traditionally, one of the three staples of masculinity is strength. The man according to the tired old trope is not only physically strong, but also ensures he does not show emotions, especially any associated with weakness. A study by Pew Research in 2018, found that 95 per cent of Americans describe the term “emotional man” as a negative trait, while 95 per cent of people viewed “protective men” as positive. This emotional regulation is tiring and damaging. We need more conversations about the benefits of men talking more about their true feelings.

How are we responding to #MeToo?

From politics to entertainment, sex and consent are being widely discussed. In the United Kingdom, three out of five men, when polled by YouGov last month said the #MeToo movement has made them more open to talking about sexual harassment.

In Ireland, moments like the Belfast rape trial earlier this year led to men of all ages having sometimes heated conversations teasing out the rights, wrongs and nuances of sex. Meanwhile, almost three-quarters of secondary school students in Ireland described their experience of sex education at school as “terrible” or “bad” in a survey published by the Irish Second-Level Students’ Union.

Another survey by Youth Work Ireland found that one in five young people (14-24-year-olds) found pornography a “useful” source of information about healthy sexual relationships. In addition to addressing this, we need to ask whether enough men are calling out inappropriate and often abusive behaviour when they see it. With a growing number of men listening to the experiences of their female friends, this might be the generation of men and boys that realise they can no longer stand idly by.

Do men want a new role in society?

As a society, we have rightly fought and achieved rights and choices for women from voting rights a century ago to bodily autonomy in Ireland earlier this year. Men have never had to ask for these rights. Historically, men have had and still have a wealth of opportunities, but manhood remains defined within narrow parameters.

There is still a strong cultural expectation of men as breadwinners. According to the census figures from 2016, only 1 per cent of men say their principle role is looking after the home or family, compared with 15 per cent of women. Central Statistics Office (CSO) figures show that in 2018, women are twice as likely as men to work part-time hours, often in order to balance work with childcare.

As a result, men work longer hours than women and spend less time with their parents, kids and in their communities. While today’s dad is more involved with his children than in the past, new dads are often conscious of how they will be perceived in the workplace if they take time for their children. As a result, based on applications to the Department of Social Protection, approximately half of new dads are not taking paternity leave.

Could unlocking men’s ability to care reshape our society?

I believe having more time for care is not only beneficial to society and business, it is crucial. At the extreme, according to CSO recorded crime figures, men are more likely to be violent, while according to the HSE, men account for almost 80 per cent of suicides recorded in the State.

I believe men could greatly benefit from understanding care in their life. Key skills such as empathy, emotional intelligence and patience are all in demand in every walk of life, but more pressing, they are necessary in our society today.

There are thousands of men up and down this country who care for others – from time with their own children, to caring for their aging parents. There are men who work tirelessly in their community, and those who look after the most vulnerable in our society.

However, statistics from from Volunteer Ireland and the CSO show that women do the majority of unpaid caring roles in our society. Most men are focused on paid work. I believe we are missing out on the crucial skill of care. A skill which allows us to manage your own life as much as caring for someone else’s. So we need to ask ourselves: do men want to be better carers for themselves and others?

Do we need a men’s movement?

The women’s movement and feminism continues to bring about a fundamental shift in opportunities. Men should be inspired by this revolution. If, like me, you believe men are more than the narrow definition of masculinity, is it worth trying to learn from these movements? It’s time that we had a positive and aligned conversation about, not only equal rights, but equal responsibilities in society. The benefits are immense: we will learn new skills, and have a richer and more honest way of living life.

The alternative, if we don’t explore these questions, is that us men stay stuck in a very narrow definition of masculinity.

That would not be good for us or for wider society.

Finian Murphy is researching the project – An Fear Eile: Manhood In Ireland – and is interested in speaking to people about the questions raised in this article. He can be reached at finian@thisisagility.com.