Happy New Year? Loneliness is one of those shadowy topics that festers in silence

Hilary Fannin: Columns that garnered most reaction this year were often about darker subjects 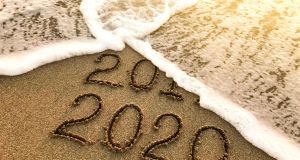 With the new year barely out of its swaddling and a long writing road stretching ahead, I wanted to thank you for your support and generosity towards this column during 2019. (And could I just say here that if you are an entirely-justified-perfectly-entitled-to-their-own-opinion reader who’d happily dispatch me to newspaper purdah, this is probably a good time to look away.)

Writing a weekly column can sometimes be a little like tottering over cobblestones after a couple of sharp gins while wearing a pair of dodgy slingbacks. (Not a practice I’ve indulged in that often, honestly.) The trick, I think, is to stagger gamely on and resist the urge to look down.

Ignoring my own advice, however, I have been casting an eye back over the past year, and it’s probably unsurprising to find that the columns that garnered the most reaction were often about darker subjects: grief, loneliness, ageing, lost opportunities and the way our lives can slip unnoticed off the stave while we’re busy emptying the cat lit, or looking under the sink for the plunger, or cleaning the bath.

Loneliness is one of those shadowy topics that festers in silence. When an old friend bluntly told me during the year that she’d been experiencing deep loneliness and a crisis of confidence since her children had left home, I asked her if I could write about it.

The responses to the piece were swift. My friend was, of course, not alone. One reader, recognising that sensation of redundancy, said she’d like to meet more people who’d arrived at a similar juncture in their lives. “There could be a whole community out there with a story worth sharing. It’s like the grief club – you find you’ve become a member even though you never asked to join.”

Another dispatch that fired up debate concerned an encounter in a swimming pool changing room. A recently bereaved friend of mine, a mother of adult children, had begun swimming again, for both the physical and emotional benefits of exercise.

In the early days of her new regime she was sitting on a bench in her underwear, putting on her socks, when a woman stood in front of her and asked her if she was pregnant. She wasn’t. She was, however, upset and angry at the invasion of her privacy, especially in a space where people should know better.

I went out with my swimming-pool friend shortly after that column appeared. We ate rice balls and talked about the responses to the piece.

“People felt for you,” I told her. “The comments were supportive – though one woman wrote in to say that she’d have been delighted to be thought young enough to be pregnant in the first place.”

“It was the socks,” my friend said, dipping the rice into something greenish and wasabi-ish. “I think humans are just intrinsically vulnerable when they’re putting on their socks.”

Grief – once again this year – seemed to sink itself like a plumb line into many of the columns. I’d been nervous of continuing to write about the loss of friends and family. I feared that, two years after my mother died, I might be trying your patience – but grief kept calling from the depths.

For a column published on the Day of the Dead, I wrote about my failed intention to create an altar of remembrance to mark the day. This elicited a story from a reader that has stayed with me – I reproduce it here with my thanks.

The reader wrote of an Armenian friend who, on New Year’s Eve, toasts departed loved ones with brandy and the words ‘May their waters flow long in heaven!’ When asked why he did this,  the reader’s friend offered the following story.

A man dies, goes to heaven and meets St Peter.

“You’ve lived a good life,” St Peter says. “What do you want to do while you’re here?”

“I want to farm, like I did on Earth,” the man replies. And so he finds himself on a beautiful farm, with wonderful soil, and his crops thrive. And this goes on for many years until one year his crops wither and die. He goes to St Peter to ask why this has happened.

“Your water’s dried up in heaven,” St Peter tells him. “The last person on Earth who said your name with love has died. It’s time now for you to move on.’’

Maybe we can continue to whisper those names as we orbit a new decade. You never know who might be listening.

Thanks for reading. Happy New Year.