Frank Shanley: Stockbroker at forefront of change in the industry

Founding partner of Riada Stockbrokers, which became of of the country’s most successful such enterprises 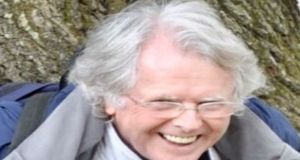 Frank Shanley came to stockbroking with few, if any, advantages, apart from forensic mathematical and research abilities.

Frank Shanley, who has died aged 83, was one of a remarkably fresh-thinking and, arguably, necessarily disruptive group of young stockbrokers in the Dublin of the late 1970s who were in effect the vanguard of a huge change in the financial services industry in this country.

One of the founding partners of Riada Stockbrokers, with Pat Plunkett, Shaun Cunningham and the late Hugh O’Donnell, the firm they established then, at the time the first new stockbroker in Dublin in decades, rapidly became one of the country’s most successful such enterprises, expanding from just six employees to 60 in 1986, when the Dutch bank ABNAmbro took a controlling 51 per cent stake. It was a deal which fully justified their risk taking in the previous decade, and which marked each of them out as among the most significant financiers of their time in Ireland.

Shanley had come to stockbroking with few, if any, advantages, apart from forensic mathematical and research abilities, very much learned on the job; he never went near a university, leaving Dublin’s Synge Street CBS for a short dalliance with chartered surveying, after which, in 1956, he left the unpromising Dublin of that time to seek his fortune in London.

There, in the more fluid labour market of the world’s financial capital, he found work with Green Stockbrokers at a time in post-war Britain when there was a significant labour shortage. The young Dubliner thrived, and after a few years moved to BOAC, one of the two forerunners of British Airways, as an investment analyst, presumably hired to help that global company manage its huge daily cash flow.

Having, in London, met and married fellow Irish emigre Pauline Crosbie, a bank executive, the couple returned to Dublin, where Shanley joined Dudgeon Stockbrokers, run by Mungo Park, a descendant of the famous explorer of Africa, of the same name, and Julian Jameson of the whiskey distilling family in the mid-1960s. An apparently odd mixture of Anglo-Irish gentry and inner-city Dubliner, the combination worked, however, really well, Park showing significant foresight in hiring also the late Dr John Hogan, a brilliant academically trained economist to balance Shanley’s hand-on learned approach.

Another fortuitous recruit to Dudgeon’s at this time was Shaun Cunningham; this was significant, for after Shanley left Dudgeon’s in 1977 for a year spent back in London with Buckminster and Moore, gaining more experience of then-emerging trends in international financing, he returned to Dublin to set up Riada with Cunningham, Plunkett and O’Donnell. Each of the latter three had worked together in Irish Life, which gave them valuable insights into what an institutional investor, as distinct from a private client investor, needed from a stockbroker.

In comments to The Irish Times, Shaun Cunningham took up the story from there:“Some people were doubtful [of what Riada was attempting] but we knew a lot of people. We had a bedrock of institutional clients. It was really the beginning – in Ireland – of institutional investment. We started to do a lot of research, as to how to make comparisons, what suited [a particular] institution. It was work of a type that had never been done before.”

At first, the new company specialised in fixed interest government securities (gilts), but was eagerly looking for new types of business. A crucial juncture, and a palpable sign of the firm’s ambition, was a remarkable trip to New York and Washington, led by Hugh O’Donnell, Cunningham and Shanley, accompanied by 28 clients in 1981, where, with a pure and dauntless aplomb, they sought and obtained an interview with the renowned investment banker Henry Kauffmann, chief executive of Solomon Brothers and Albert Wijnilower, a leading economist who had been an adviser to President Gerald Ford. Proceeding to Washington, the group also met senior officials of the Federal Reserve.

To adapt the title of one of Tom Murphy’s early plays, it proved to be a crucial half-week – from Wednesday to Monday – in the lives of the young stockbrokers.

As Shaun Cunningham remembers: “Before we went to New York, we would be turning over maybe a quarter of a million to half a million in a single gilts transaction. Within weeks, we were doing £1 million to £2 million per transaction. People realised that the outside world was much bigger. There was an enormous amount of expansion going on, it gave us the opportunity to expand.”

Outside of business, Frank Shanley had a deep interest in Gaelic Ireland and traditional Irish music, in the Irish language which he spoke fluently and in Irish mythic literature; the name Riada was probably the product of this, referencing the ancient Hiberno-Scottish kingdom of Dal Riada. He was also someone who relished new and even dangerous challenges.

A keen hurler in his youth, in 1998, with absolutely no experience of the sport of sailing, he saw an advertisement for a round-the-world yacht race organised by Sir Robin Knox-Johnson, and decided to join a crew. He completed a sailing course in England and secured a berth on a competing boat, getting as far as South Africa, having spent Christmas of that year in the Galápagos Islands. He returned home before the race finished, but only to look after his wife, who had become very ill and who sadly died a few months later.