Elizabeth Day: 'As an English child in Belfast, I thought I was seen as the occupier'

Author and journalist on growing up in Northern Ireland, and learning from her 'failures' 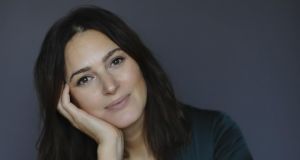 "In the western world, happiness is seen as the ultimate goal and I just don’t agree with that."

Jetting to New York to interview Christina Hendricks for The Observer, mirroring Gwyneth Paltrow’s Goop regime in the name of research, and karaoke-ing with pal Phoebe Waller-Bridge - the creator and star of the hit BBC show Fleabag - might seem like the epitome of success.

Less reflective people might bask in that glory - it certainly makes for enviable Instagram account - but author and journalist Elizabeth Day takes her biggest lessons from life’s less-than-perfect moments.

Her just published book, How to Fail, interweaves her personal experiences - from “failing” (note the quote marks) to fit in at school in Derry and Belfast, to “failing” at marriage - with lessons from her hugely successful podcast of the same name, in which she chats to celebrities about the stuff that’s gone wrong for them.

There are weighty learnings: political activist Gina Miller talks frankly about living past domestic abuse, while Cosmopolitan editor-in-chief Farrah Storr discusses coming to terms with not becoming a parent, something Day herself has experienced.

“The more that we talk about our own failures, the more we connect with other people and the less people feel isolated as a result,” Day says. “In the western world, happiness is seen as the ultimate goal and I just don’t agree with that. There are so many emotions that are equally valid, and are all part of life’s wondrous texture, but we live in this age of curated perfection where we run the risk of feeling constantly depressed that other people are on Instagram executing the perfect tree pose in yoga while eating roasted quinoa against the sunset in Indonesia.

“At the same time, it’s also an age of very easily generated opinion, so if you’ve put a foot wrong on Twitter, for example, you’re made it feel really bad because someone can shame you for it. There’s no safe space for us to experiment with life, and to make mistakes.”

Day’s family moved from England to Northern Ireland in 1982 after her surgeon father relocated to Altnagelvin Hospital in Derry.

“One of the first things that he did was buy a donkey and a cart and four sheep for our patch of land,” she recalls. “He was very keen that we experience the rural splendour of Ireland. So I was very free as a child, scamping about the fields and going to incredible beaches like Magilligan.

“Of course, that coexisted with the Troubles. The name is so diminishing. Bombs were going off, checkpoints were routine on the way to school, and I didn’t have monsters under my bed, I had men in balaclavas. That was just something I didn’t question as a child.”

Day didn’t pick up the Northern Irish accent, which marked her as an outsider during her secondary school years in Belfast, at an age when all she wanted was to fit in.

The situation reminds me of James, “the wee English fella”, in Derry Girls. “I’ve just started watching it and I’m obsessed,” she enthuses about the sitcom. “It’s pitch perfect, from the smallest detail down to the clothes they are wearing. That was 100 per cent my era. But yes, I thought that I was seen as the occupier. Everyone thought I was from an army family, as it was quite weird for an English child to be there for no other reason. So I stayed silent, and became more of a listener and observer. Although I wasn’t particularly happy at school it did give me a writer’s brain.” She began writing for the Derry Journal at the age of just 12.

As a 40-year-old living in Kentish Town in London, with a boyfriend, a hit podcast and three successful novels under her belt, she’s acutely aware that she speaks about failure from a position of relative privilege.

Of course, there are some failures that have an irreparably negative impact on our life, but with day-to-day “failures”, Day believes, there’s an attitude shift which we can often apply.

“When I look back on my life I do genuinely feel my periods of greatest growth have come from crisis,” she reflects. “I learned an enormous amount about myself and what I want and who I am. One of things that I learned from the podcast came from Deborah Frances-White, who does the Guilty Feminist podcast. She said we can think of failure as data acquisition, in the same way a scientist would try to cure disease with a series of experiments. If one of those experiments didn’t go right, he or she wouldn’t immediately think, ‘I’m a terrible failure, I quit’. They would think, ‘oh, that’s good, that’s given me experience I can take forward for the next experiment’.”

Thomas Edison, reflecting on the process of inventing the light bulb, said: “I have not failed 10,000 times. I have succeeded in proving that those 10,000 ways will not work. When I have eliminated the ways that will not work, I will find the way that will work.”

“You can apply it to dating too,” Day notes. “Rather than seeing each failed date as a personal indictment of yourself, you can see it as giving you evidence of what you really want in a partner.”

In an age where self-reflection is pervasive, Day’s work breaks down the idea that failings are negative experiences and only happen to imperfect people, and does so in a way that’s deliciously accessible. Each chapter of her book is a self-contained rumination on a theme - from relationships to anger - in which she opens up about her life, pulling in lessons from her podcast guests too.

One of the most poignant chapters is on babies, in which she recounts with eye-opening detail the process of undergoing IVF, from the strain it placed on her marriage, to the physical toll it took - all while telling herself everything was normal and fine (to the extent that she cycled home from painful treatment).

“Writing this was the first time that I had really put down sequentially everything that I had gone through,” she says. “Just the act of that was really important to me, because I’ve had a history of sidelining trauma. In one year, I was technically pregnant three times, and that plays havoc with your hormones. I didn’t realise at the time because I was so numb to it all.

“I was also very keen to go into detail because I was so ignorant before I started,” she continues. “I thought it was going to be me popping a few pills every day, like antibiotics. The act of self-injecting is pretty tough to get your head around, let alone the way it makes you feel. I remember going into my local bookshop to find a book that would help me, and there was nothing, just loads of baby books. The internet can be a great source, but you have to sift through a lot of hysteria and depression, and that’s not necessarily a great place to be when you’re in the grip of fertility treatment.”

Might it become the subject of a book on its own?

“I don’t know if I want to write a whole book about it,” Day considers. “I am mostly at peace with the notion that it’s unlikely that I will have a biological child, but it’s still a sad thing for me to confront.”

Instead, her plans involve completing the current series of the podcast, then making another three, which have already secured sponsorship. Between this, the court is wide open.

“I was always someone who had a five-year plan, but over the last few years, because my life didn’t go according to the way I imagined, I’ve realised that some of the best things happen when you don’t have a plan.”

Another worthy lesson, then, from life’s supposed “fails”.

How to Fail: Everything I’ve Ever Learned From Things Going Wrong is out now through 4th Estate.

Why is Greta Thunberg so triggering for certain men?
7

Sealing the deal: how to buy a house at the right price
Real news has value SUBSCRIBE