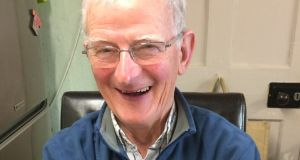 President Michael D Higgins led the many tributes paid to the distinguished journalist and news editor Donal Musgrave: “Recognised as a mentor to many in journalism, he will be remembered for a professionalism that included a kindness and a deep concern for the issues on which he reported,”

President Michael D Higgins led the many tributes paid to the distinguished journalist and news editor Donal Musgrave following his death on December 26th, 2020, after a long illness in Cork recently.

“Recognised as a mentor to many in journalism, he will be remembered for a professionalism that included a kindness and a deep concern for the issues on which he reported,” the President said. “His work spanned a range of titles that make up the history of Irish journalism.”

Prof Gerry Wrixon, former president of UCC, in a eulogy which was read out by Donal’s son, Darragh, at a private family funeral, wrote, “His qualities were those that transcend the everyday and, if more widespread, would truly make the world a better place.”

Paying his own tribute, Darragh detailed his father’s life, including his passion for angling, recalling especially how “he loved the hunt for the fresh-run salmon in the Owenmore”.

Former tánaiste and Labour Party leader Dick Spring, was one of those who added his condolences to the RIP website, describing him as “a superb journalist and a very courteous gentleman”.

His presence as news editor in the Irish Examiner is recalled by many as measured, brilliant, clear-sighted and always wise. He was an important mentor to many up-and-coming reporters, described by one former colleague as “a bright light in conservative days, highly intelligent and a wonderful writer who wrote powerful, incisive op-eds”.

Donal Musgrave’s long career began in the early 1960s when he arrived in London’s Fleet Street and pitched an idea to write about homelessness to the weekly Catholic Herald newspaper.

With investigative instincts to the fore, he lived rough on the streets for over a week, and the newspaper led with the resulting story.

Donal went on to work for the Irish Press and The Irish Times. His uncle, the great newspaper man and satirist Donal Foley, was a key figure in guiding him in those early days.

While in London he met Cork woman Shirley Tait, they fell in love and married on Armistice Day in November 1967.

Soon they moved back to Dublin. Here he covered news and current affairs, in particular politics, energy and the environment.

Initially he worked as a reporter and feature writer with the Irish Press, the Sunday Tribune and the Irish Examiner.

In 1969 he became the Cork-based Munster correspondent for this newspaper.

Later he joined the Irish Examiner, and was its news editor and chief leader writer from 1994 until 2007.

After his retirement he continued to work for many years, penning obituaries for this newspaper and writing leaders for the Irish Examiner.

His career spanned over 55 years. He covered stories such as the Aberfan coal tip disaster in 1966, the civil rights marches and the Troubles in Northern Ireland, the Nigerian Biafran War, the numerous oil spillages off the coast of Cork, including the Whiddy Island disaster in 1979, and the 1985 Air India disaster.

Born on August 13th, 1942, he was only a baby when he suffered possibly the greatest blow with the sudden death of his father, Harry Musgrave. His mother, Mrs Mairéad Musgrave (née Foley), the eldest of 12, decided to return to her native place, Ferrybank, and he was to grow up surrounded by her siblings.

It was some years later that his life-long association with the Ring Gaeltacht began when his mother and his grandmother, Katie Foley, moved to live there.

Predeceased by his older brother, Jimmy, Donal Musgrave is survived by his wife, Shirley, his children Katie and Darragh, his son-in-law Paul Galligan, his daughter-in-law Emer Maher, his grandsons, nieces, in-laws and cousins.