Lives Lost to Covid-19: ‘Everyone always felt better after spending time with him’ 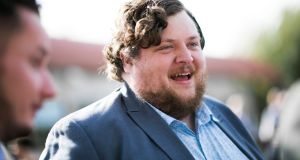 Christopher McCormack: A friend said his advice was either deep and sincere or hilarious and cutting depending on how stupid the question was.

This article is one of a series about people who have died with coronavirus in Ireland and among the diaspora. Read more at irishtimes.com/covid-19-lives-lost. If you would like a friend or family member included in the series, please email liveslost@irishtimes.com.

Not long before his illness, Christopher McCormack travelled to Belfast with his brothers Paudie (34) and Paul (41) to see The Strokes. Music was one of the loves of his life – he and his brothers had always scrambled for Glastonbury tickets, and Christopher had seen Dublin outfit Fontaines DC seven times in one year.

“It’s strange when I think back, we didn’t know it was going to be his last concert,” Paudie says of the Belfast trip. “We were joking that they didn’t play their biggest hit Last Nite and Christopher said we would catch them again . . . He had all these things to go to, all these shows.”

Born in Dublin in December 1987, Christopher grew up on Collins Avenue in north Dublin. He went to three local schools on the same road and as a youngster played football for St Vincent’s.

The GAA remained a big part of his life and he frequently went to Dublin games. He was also a big Aston Villa fan, as were his brothers, inspired by a period in 1990s when Ireland internationals Paul McGrath, Steve Staunton and Andy Townsend all played at the club.

Christopher studied for a hospitality degree but ended up working in banking. He was due to take exams in May and had recently been promoted in PTSB. Though he had left the hospitality sector behind, one of his dreams was to join up with a close childhood friend who became a successful chef and open a business together.

Whatever he chose to do, his future looked bright. And he had a lot to look forward to; in August he had hoped to visit his sister Fiona and her husband Richard in Hong Kong.

“The most important thing to say about him is that you always felt better after spending time with him,” says Paudie. “A friend of his said that even if you were in a bad mood, spending a half-hour with him just being himself would have you laughing and forgetting about whatever had you annoyed in the first place.

“Another friend said his advice was either deep and sincere or hilarious and cutting depending on how stupid the question was.”

Paudie said many people, including himself, counted Christopher as a best friend. When Paudie’s son was born, his younger brother was the first to be contacted and an alternatively spelled version of his nickname, “Kicky”, was given as the child’s second name. “He was quite proud of that.”

When he got sick, Christopher stuck to the medical advice; isolating, always concerned about others. As his condition deteriorated, Paudie monitored his progress via text and eventually opted to bring him to hospital.

On that morning in late March, he could see how ill his brother was, unable even to fasten his seatbelt. They drove to Beaumont, where a staff member gave instructions on where Christopher should go.

“I told him, they’re going to look after you now. I looked at him, he was so scared.”

It was the last Christopher would see of his family. Just over an hour later his parents, Padraig and Kathleen, received a phone call to say he was very ill and being put on a ventilator. He died five days later. He was 32.