Brendan Lehane: Journalist and author whose life’s passion was Ireland

Lehane was endlessly curious and diligent with facts, his copy was rich in research 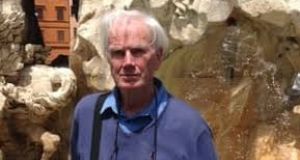 Brendan Lehane spent time in Ireland in the 1960s and 1970s, at first suffering in the Dublin bedsit that inspired his book The Compleat Flea (1969).

Brendan Lehane, who has died aged 84, was a journalist and author who wrote about the history and natural history of Ireland.

Lehane was one of the first bursary boys to go to Eton from a grammar school in the 1950s. The contrast between his humble beginnings and life at Eton remained a theme of his life; he left a book about it unpublished.

He was born in west Finchley, London, to Christopher Lehane, an Irish maths teacher, and his wife, Honor (nee Miller). They were aspirational for their two children, teaching them music and taking them on holidays abroad.

Lehane attended Queen Elizabeth’s grammar school, Barnet, and then Eton, where he became head of Martineau’s house, rowed energetically and won a classics scholarship to study at King’s College, Cambridge.

He was commissioned for national service in the King’s Own Yorkshire Light Infantry from 1954 to 1956, serving in Cyprus. Returning to Cambridge, Lehane made friends with the photographers John Bulmer, Adrian Bridgewater and Peter Laurie. They started perhaps the first student picture magazine, Image, along the lines of Picture Post. He graduated in 1959.

The 1960s saw the birth of many magazines; Lehane wrote for Man About Town, Michael Heseltine’s glossy, and became a chief contributor to the Telegraph’s new colour magazine. He was endlessly curious and diligent with facts; his copy was rich in research. Dr Johnson was his hero but his life’s passion was Ireland. He spent time there in the 1960s and 1970s, at first suffering in the Dublin bedsit that inspired his book The Compleat Flea (1969).

In 1968 he married Judy Urquhart. They were married for six years.

Money was not Lehane’s strong point. He cut a romantic figure, handsome and often broke. His friends put him up and lent him cottages. After The Compleat Flea, he wrote his Companion Guide to Ireland (1973), a formidable feat of compressed poetic appreciation. In 1977 came The Power of Plants and in 1995 Wild Ireland.

The true Hibernian in Lehane had its best expression in his history of Early Celtic Christianity (1994), a remarkable account of Ireland’s Golden Age and the adventures of the three missionary saints, Brendan, Columba and Columbanus. In Dorset, he wrote a guide to the county’s best churches (2006).

The natural world was his preoccupation in the last years, which he shared with his partner, Joanna Bedford, at his cottage in Dorchester and her farmhouse near Marlborough. Joanna survives him. – Guardian