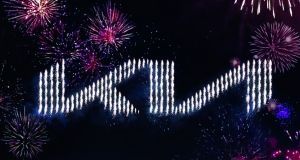 Billed as the new “roaring 20s”, this decade is being hailed as a time of radical innovation. For the auto industry and its established players, it’s a time for reinvention, or in the case of some older European brands reincarnation.

Kia – a division of the Hyundai giant conglomerate – is the latest car brand to redefine itself as more of a tech company with cars than just a car maker. Despite being one of the youngest brands on the market, in the current climate it still felt the need to redefine itself.

Earlier this month the Korean brand unveiled a new logo. But that’s just the tip of what Kia is calling a “total transformation” that’s under way. No longer just a car manufacturer, it plans to identify itself as a mobility service provider, replicating the changes under way at virtually every other car company.

Key parts of the new strategy is the launch of seven new all-electric models by 2027, a new mobility tech division that will also partner with outside companies in areas such as car sharing.

First up in the new electric line-up will be a coupe-crossover, expected to be unveiled in the next few weeks. Other new electric models will include passenger cars, SUVs and even people carriers, though which versions come to the Irish market remains to be seen.

While some question the decision to overhaul a car brand that is only just establishing itself on the market, Artur Martins, Kia’s head of global customer experience division said: “It took us a while to be accepted in Europe, but by selling 500,000 cars in Europe, Kia has established a very important footprint in the region.” He described the move as vital to “staying relevant to consumers”.

The renewed focus on electric is hardly surprising, but Kia’s president and chief executive, Ho Sung Song, was at pains to point out that this does not spell the end of regular combustion engines for the car company. He said that while it has a target to sell 500,000 EVs by 2026 and 800,000 by 2030, “we continue to invest in combustion engines as we sell in 190 countries and each country has a different pace of electrification, so we need to keep providing relevant models to all our global customers.”

As for the challenges in transforming a car manufacturer into a more tech-driven mobility provider, Artur Martins says that Kia will benefit from its Korean roots. “This is a fast-growing company and we’ll benefit form the Korean capacity to reinvent itself. There are already gigantic tech firms in Korea so the talent is here. But when you talk about mobility, you don’t have to do everything yourself; you can do partnerships and we are looking at all those opportunities to cover as much as possible.”

A significant new part of the strategy is to introduce a range of of new Purpose-Built Vehicles (PBVs) for corporate customers. These specialised vehicles will be based on flexible “skateboard” platforms, with modular bodies designed to meet the specific mobility needs of a broad range of corporate and fleet customers.

According to the company, demand for PBVs is expected to grow five-fold by 2030 due to rapid and sustained growth in e-commerce and car-sharing services. “Bespoke Kia PBVs will be tailored to meet the needs of corporate and fleet customers. For instance, these could include car-sharing vehicles, low-floor logistics vehicles, and delivery vehicles,” it said.