Foundation says it has potential to represent 8.5m consumers across Europe 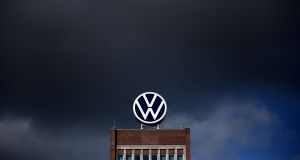 A new Dutch foundation is planning to take German car giant Volkswagen Group to court over the so-called ‘Emissionsgate’ scandal following a change to the law in the Netherlands this year to allow US-style class action suits.

While Volkswagen had paid out an enormous $42 billion (€39 billion) as of October 2019 due mainly to legal proceedings in the US, Canada, Australia and South Korea – in Europe they’ve so far emerged relatively unscathed because class actions simply don’t exist in most EU countries.

Ireland is a good example of an EU country where a number of individual cases have been taken - but where progress has been slow to negligible and consumers remain frustrated.

Now, however, just as the carmaking giant – which also owns Audi, Seat, Porsche and Skoda – prepares to suspend production at its plants in European countries struggling to contain the spread of coronavirus, it’s also about to face its most serious legal challenge yet on its home turf.

What has changed is that on March 19th, 2019, a new piece of legislation neatly called the Settlement of Mass Damages Claims in Collective Actions Act completed its passage through the two houses of the Dutch parliament, becoming law on January 1st of this year.

Essentially, it means that under Article 3:305a of the Dutch Civil Code any group “with a collective interest” may now start legal proceedings aimed at protecting the similar interests of other persons - a technical description which amounts to a landmark change in the rights of European consumers.

It also means the Dutch – who consider international law to be one of their national “industries” – have stolen a march on the EU, whose Representative Actions Directive, aimed at allowing consumers to “defend their rights collectively”, was agreed by the EU Council in November but will take some time to come into effect.

Most of the international pressure for change has come as a result of Emissionsgate – also known as the Dieselgate scandal.

In 2015, Volkswagen, the world’s second-largest carmaker after Toyota, finally came clean and admitted it had sold 11 million cars worldwide fitted with a secret “defeat device”, which ensured they would have lower carbon dioxide (CO2) emissions during official emissions testing than in real daily driving on the road.

“Volkswagen’s actions caused tremendous harm to its customers, to the environment and to public health,” says Femke Hendriks, a lawyer and managing director of the Diesel Emissions Justice Foundation, based in Amsterdam and one of the instigators of the new class action law.

“It’s time for Volkswagen to be presented with the bill . . . And this change in Dutch law offers access to justice for millions of EU customers both within and outside the Netherlands.”

Ms Hendriks noted that as recently as February, Volkswagen had agreed to pay out a total of €830 million to 400,000 German car owners who came together under the Federation of German Consumer Organisations (VZBV), an umbrella group of consumer rights organisations.

This was significant because it was “the first time that Volkswagen has taken responsibility for its actions in Europe, though only in relation to a small proportion of its customers and for relatively small amounts of money.”

Even so, the company has so far rejected an invitation to engage with her foundation, a position which, she warned, “compels us to go all the way”.

The foundation, which is chaired by barrister and mediator Prof Andrew Goodman and which is free to join, says it has the potential to represent as many as 8.5 million consumers across Europe as part of the Dutch class action and by representing clients in other EU countries using the same expertise and resources.

By rolling out this litigation strategy across multiple EU countries, it says, “we will be able to exercise unprecedented legal and moral pressure on the car manufacturers”.

Responding to questions about the Dutch class action, Volkswagen has pledged to defend itself if and when the case comes to court.

“Our customers in the Netherlands have not suffered any loss or damage as all cars can be used in traffic and are safe”, it said in a prepared statement.

“They are still being driven by around 100,000 customers every day. All necessary certifications are valid and in place. For these reasons we see no legal basis for these complaints. This new initiative does not change that position.”

The company will be uncomfortably aware, however, that in 2017 the Dutch Consumer and Markets Authority fined Volkswagen €450,000 for “unfair commercial practices”, specifically for advertising cars as “eco-friendly” while in reality “the results of emissions tests had been manipulated by illegal software”.

Whether or not those two contrasting positions can be squared will be the key question for Dutch judges in the first courtroom test of the new class action legislation.