Analysis: 2022 introduction of mandatory speed limiters may have unintended consequences 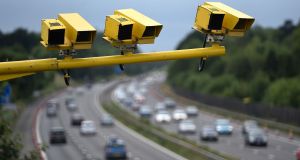 The EU’s proposal for the introduction of mandatory speed limiters in all cars seems on the face of it a sensible one. Many cars on sale already have, or can be optionally fitted with, the technology to allow this. A camera to read road signs, a GPS system to track the car’s location, and an electronic governor for the accelerator and, hey presto, you have your speed limiter.

It’s hard to argue with the logic, at least at first. According to the EU, some 90 per cent of all road traffic accidents are down to human error, and if we can really save the quoted 25,000 lives, and prevent the 140,000 serious injuries between now and 2038, surely that’s a good thing? Equally, surely no parent would object to the strict electronic enforcement of speed limits outside schools?

All that is true, and while there are many driving enthusiasts who will wail and gnash their teeth at this, it’s almost certainly a good thing from a strictly safety point of view.

The trouble is that using technology to paper over the cracks in driver training and gaps in the skill-set is often a bad idea. According to the iDAPT (Intelligent Design for Adaptation, Participation and Technology) Centre for Rehabilitation Research in Toronto, in Canada, layering on extra electronic driver aids doesn’t necessarily improve safety.

Speaking to CVT News in Canada, Geoff Fernie, the director of the iDAPT pointed out that: “We are concerned about some of the new technologies. In the people we tested, the lane-keeping skills of drivers (using a driver simulator) dropped with the introduction of lane assist. That fits in with the evidence that is coming out that finds that cars with lane-keeping technology tend to be involved in more accidents that involve lane-keeping.”

Fernie’s research backs up other claims that when confronted with technology that’s supposed to help, drivers assume the tech is just taking over and switch their brains off. It doesn’t take, perhaps, a great deal of imagination to think of drivers everywhere, in all weather and traffic conditions, with their right foot pressed down hard, assuming that the new speed limiter will keep them both legal and safe . . .

A big part of the problem is in the marketing and reporting of such advanced driver aids. We’ve become so used to hearing and reading the words automated and autonomous in the same contexts that the two have become conflated. In that conflation lives complacency, and in complacency, danger.

Matthew Avery, director of research at vehicle safety experts Thatcham Research, said: “Some carmakers are designing and marketing vehicles in such a way that drivers believe they can relinquish control. Carmakers want to gain competitive edge by referring to ‘self-driving’ or ‘semi-autonomous’ capability in their marketing, but it is fuelling consumer confusion.

“This is exacerbated by some systems doing too much for the driver, who ends up disengaged. The driver is in control and must always remain alert. If used correctly, these systems will improve road safety and reduce fatalities, but they won’t if naming and marketing convinces drivers that the car can take care of itself.”

A mandatory speed limiter, combined with the autonomous emergency braking systems, could prove a dangerous mix for drivers who are becoming increasingly switched off behind the wheel.

According to a 2017 survey carried out by the US National Safety Council, potentially life-saving technology such as blind spot monitoring and lane keeping assistance was either being switched off because it was too irritating, or over-relied upon, with 30 per cent of respondents saying of their cars that: “they can pretty much drive themselves.”