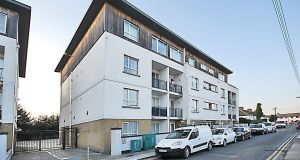 The Cottage, Ballinatray Lower, Courtown, Co Wexford,
Situated at the centre of Courtown Harbour and within a short walk of all the popular Wexford village’s amenities, this picturesque cottage comprises three bedrooms and one bathroom. The property is complemented by a large mature garden to the rear and a gravel driveway set behind wooden gates to the front.
Asking €179,000
Sold €205,000
Difference 15%
Agent Sherry FitzGerald O’Leary Kinsella

Letterineen, Tourmakeady, Co Mayo
Large four-bedroom detached house of 223sq m (2,400sq ft) overlooking Lough Mask in the Gaeltacht region of Tourmakeady. The property offers stunning views of the surrounding countryside and is well maintained both inside and out. The house is surrounded by manicured lawns with planting and hedging.
Asking €199,000
Sold €205,000
Difference 3%
Agent Property Partners Emma Gill