The great Shrewsbury clearout: changing of the guard on Dublin’s premier road 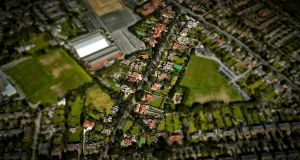 Shrewsbury Road: remarkable turnover of homes on the Dublin 4 road.

The recent sale of Paddy Kelly’s Shrewsbury Road home, Clonmore, marks the last of the property developers to depart Ireland’s top address. Since the start of the recession and the ensuing collapse of the property-related fortunes of many of the  former residents, there has been a remarkable turnover of homes on the Dublin 4 road.

In all there are 32 properties – 31 houses and one site – of which 18, more than half the total stock, have changed hands since 2011. In that period the property developers have made way for aviation leasing moguls, financiers and domestic business owners.

While his property has only just sold for €8.1 million to an as yet undisclosed buyer, Kelly was one of the first developers to leave the street when he decamped to another multimillion euro house in nearby Donnybrook in 2009. At the time he said in an interview that the move probably suited everyone, “including those who need to know that Paddy Kelly has suffered.”

Kelly had moved to Shrewsbury Road in 1987, when he purchased a house named Clancool on about 1½ acres for under €600,000. He later sold it in 1993 due to financial difficulties for around €860,000 on just half its grounds, retaining the other half to build Clonmore.

In 1996, Kelly was joined on the road by high-flying property investor Derek Quinlan, who paid about €1 million for a semi-detached house that he renamed Derrymore after his childhood home in Booterstown.

Developer Larry O’Mahony followed suit when he paid around €3.2 million in 1999 for number 7, known as Mugnano.

At the height of the Celtic Tiger, Quinlan, Dunne and O’Farrell had amassed between them nearly a quarter of the road’s homes. By then they and other domestic Irish bidders had propelled the property values on the street to dizzying heights, making it the sixth most expensive address in the world by 2007 – overtaking even Beverly Hills’ priciest address.

All these properties have since been sold. Quinlan’s Derrymore and Dunne’s Ouragh sold to aviation leasing tycoons Gary Burke and Dómhnal Slattery respectively. The wife of another aviation tycoon, AerCap’s Aengus Kelly, purchased Larry O’Mahony’s Mugnano in 2015.

Quinlan’s other two houses, a pair of semi-detached homes at 1 and 3 Shrewsbury Road – for which he paid a reported €27 million to a company linked to Seán Dunne – were sold to an overseas investor in 2013 for just €4.5 million as buy-to-lets.

O’Farrell’s 28 Shrewsbury Road, which he acquired in 2005 for as much as €8 million, was sold to pharmaceutics executive Anna Power for just €2.4 million in 2013. Power demolished the house and built a larger modern replacement.

Thorndene, O’Farrell’s 863sq m (9,300sq ft) pastiche mansion, was sold for just €5 million, substantially lower than its €14 million asking price in 2009. The buyer, a Limerick-based trust named Loger Trustees, has two directors, both of whom serve as directors of various companies linked to the Enright family of Syncreon fame.

Meanwhile, other Shrewsbury Road residents sold up for reasons unrelated to the recession, such as the Blake family, who sold Coolbeg, a detached property, to a company linked to local businessman Liam Shanahan for €4.4 million. It has subsequently been refurbished and rented out to an aviation leasing executive.

Former attorney general Dermot Gleeson sold his semi-detached home at eight Shrewsbury Road in 2012 for €5.2 million to the Dowling family, whose business specialises in catering disposables.

The Egan family sold Killowen on 0.7 acres to former Davy high-flyer David Shubotham’s wife for €4.5 million, before it was swiftly demolished and is currently being replaced with a 1,442sq m (15,520 sq ft) detached house.

The Neary family sold Lissadell to Northern Irish couple Francesca McWilliams and Martin Shields for €6 million, who then tripled the size of the house to 1,096sq m (11,800sq ft).

The Counihan family sold Hawthorn, a relatively modest dormer bungalow, to their immediate neighbour Denis O’Brien for €4.35 million, but no plans for the property have been revealed.

The Assaf family sold Fintragh to packaging millionaire Patrick Doran, who is doubling its size to 1,037sq m (11,160sq ft), while the Pharmaceutical Society of Ireland sold Woodside to CapVest’s Seamus Fitzpatrick and he undertook a major refurbishment.

In 2013, UK-based Caroline Weeks sold Shrewsbury House to entrepreneur Bryan Meehan, who then flipped it on to businessman Owen Killian netting a 40 per cent profit just a few months later.

One thing that most new arrivals to the street have in common, with few exceptions, is their ambition to build Dublin’s grandest homes. Eleven of the houses, more than a third of the street’s stock, either have been, or are in the process of being extended, with no expense spared.

Next in line will be Dermot Desmond’s Walford, which now has planning permission to be demolished and replaced with a 1,595sq m (17,170sq ft) mansion featuring incredible gardens. The existing property was famously bought by Gayle Killilea for €58 million in 2005, and more recently bought by Desmond’s Celtic Trustees for a knockdown €14.25 million.

While property moguls may have been exiled from the road, the new kings of the property market – the founders of Ireland’s publicly listed property companies – still want to live there, but they’re not buying. Scottish accountant Alan McIntosh, who co-founded Cairn Homes, moved into 3 Shrewsbury Road when it was advertised for rent at well in excess of €10,000 per month in 2014 following an extensive refurbishment. He has since moved, but Justin Bickle, co-founder and chief executive of rival Glenveagh Properties, has now moved into the home.

Bickle is a mere stone’s throw from his company’s building site at the former Chester Beatty Library, which was acquired from O’Malley Homes last year for around €11 million. When it acquired the site, Glenveagh expected the seven terraced houses to be worth an average of €4.43 million apiece with an average size of 398sq m (4,280sq ft) each. Those seven new homes, along with three houses that were bought by investors as buy-to-lets during the Government’s seven year capital gains tax holiday, and as such may well be sold by early 2020 to avail of the full exemption, are likely to be the final sales on the street before the market returns to normality and sales go back to being naturally driven by death or downsizing.

It’s worth noting that even those on the road whose wealth is not linked to Ireland’s turbulent property market are not immune to market volatility. When Owen Killian purchased Shrewsbury House in August 2014 with ambitions to build the road’s biggest home, share prices for Aryzta, the company he had built into a stockmarket juggernaut, were about to peak and he had reportedly just sold some of his shareholding for nearly €20 million.

Since then, Killian has stepped down from the company and share prices have tanked by over 90 per cent, meaning those same shares would not even be worth €2 million today.

Lockdown midterm guide: Get over the midweek hump
8