Good year for the roses at this Sandycove original for €1.985m 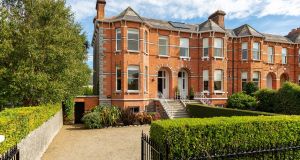 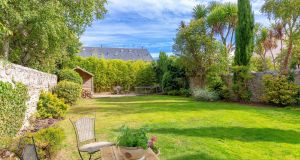 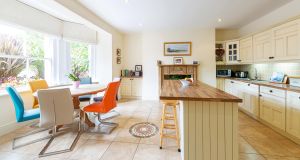 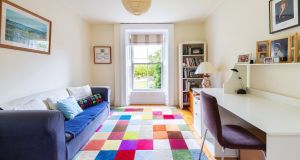 The study, which could also work as another bedroom. 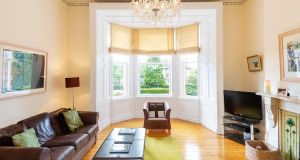 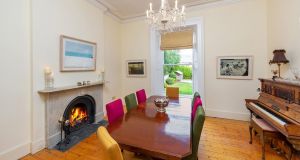 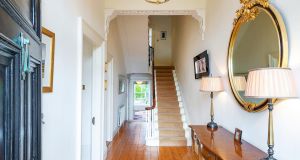 It was the Adam brothers – Robert and James – who, in the 18th century, saw the potential for using coving in houses. It had been developed over two centuries prior to that by the Italians, as a way of masking the joins between walls and ceilings. It was further used by the Victorians, and the details of the cornices and ceiling roses at 8 Elton Park in Sandycove deserve a special mention.

Looking at times as delicate and ephemeral as the icing on a wedding cake, the architectural embroidery on the ceilings of the hall, reception rooms and indeed the principal bedroom has endured gas and oil lamps and general wear and tear since the 1880s when this terrace was developed by the Proby family.

Previous owners installed an en suite in the principal bedroom and, as a result, divided the room – but the ceilings are still miraculously intact, albeit divided between two rooms. This room is swathed in light thanks to a large bay window – mirroring the one in the drawing room at hall level – and features exceptionally intricate coving for a Victorian family home.

The reason this room has far more detailed plasterwork than downstairs is because this room was originally the piano nobile; a room where wealthy merchant families of the 1880s spent their summer afternoons entertaining guests.

The property appears far larger than its substantial 279sq m (3,000sq ft) due to the tall ceilings and spacious hallways – coupled with the light that flows through the front rooms.

Set two storeys over garden level, the house – in immaculate condition – has four fine bedrooms, three of which are en suite, and a study on the first return would also work if buyers required a fifth bedroom.

At garden level off a wide hallway – which is the everyday entrance for the family living here –is a separate kitchen and cosy living room to the rear. Some buyers may want to amalgamate these rooms in keeping with current interiors trends.

The fact that there is access from the back garden to a generous rear laneway means there is potential to construct a mews, as peers along the road have done, subject to the usual planning permissions.

One compensation for the rear garden’s north-facing aspect is its position at the end of the terrace, which accommodates sunshine in from the west.

Number 8, laden with all of its original period details, has ample parking for at least four cars to the front and a side entrance provides access for mucky canines and children. It is for sale through Sherry FitzGerald seeking €1.985 million.