Seven houses in An Cúilín complex in Connemara from €350,000 each 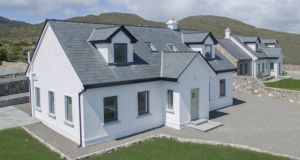 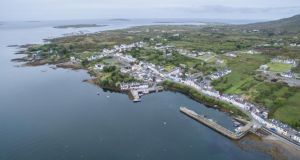 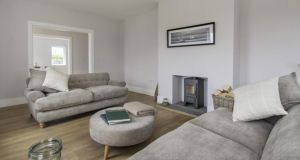 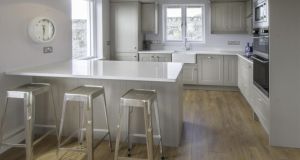 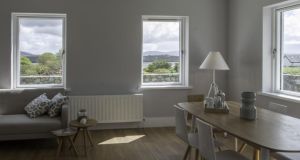 For the last number of years, when London-based commercial property advisor Ronan Faherty visited his native Roundstone with his wife Clare, they walked past the ghost estate of Cúilín.

“Every year we wondered what was happening – it was such a shame to see this beautiful site deteriorate into what looked like a carbuncle,” recalls Clare.

Houses in the development were originally asking €1 million in 2008, reducing to €650,000 by 2010. Faherty eventually purchased the complex at auction in October 2014 for €315,000. Only one of the seven properties was fully complete with the remaining houses in various stages of construction.

With uninterrupted sea views, the development is minutes from the village of Roundstone, perched on an elevated 2.6-acre site behind O’Dowd’s Bar.

As three houses are now finished, and a further four nearing completion, the couple have placed the three- and four-bedroom houses on the market with far more realistic prices than their 2008 counterparts.

With French oak flooring and modern taupe-hued kitchens, the houses are a far cry from their last six years spent in limbo.

Each house has picture windows with views of the harbour all the way across Bertraghboy Bay and Inis Nee.

The larger properties have four en-suite bedrooms plus an office upstairs while the smaller, though still considerably large for a holiday property, have three bedrooms over two floors. Each house stands on a site of approximately 0.2 acres of landscaped gardens. They are for sale jointly through Matt O’Sullivan and O’Donnellan & Joyce.